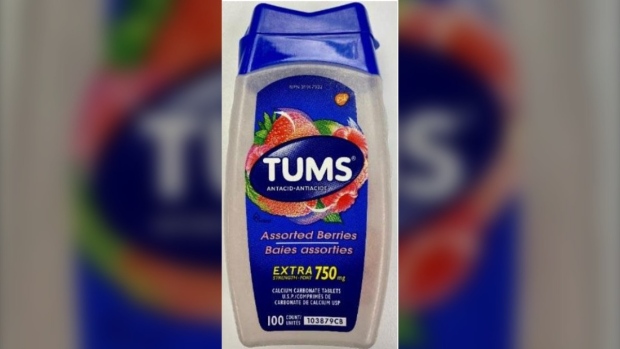 Health Canada has announced a recall of two lots of TUMS tablets which may contain metal fragments.

The product is an antacid indicated for adult use, including pregnant individuals.

“The company reported to Health Canada that it received a consumer complaint of a small metal wire fragment embedded in a tablet,” a public advisory published by Health Canada states.

“Consuming a metal fragment poses a potential risk of choking or injury (such as cuts or tears in the mouth and digestive system).”

The products were sold by Canadian stores and online retailers between October 2020 and January 2021. The 750-mg bottles of 100 tablets were sold individually and at Costco as part of a club pack of four bottles with two different flavours. The exterior club pack packaging is labelled with different lot numbers.

The public is advised to stop using the recalled products and to consult a health-care professional with any health concerns if the products have been used.