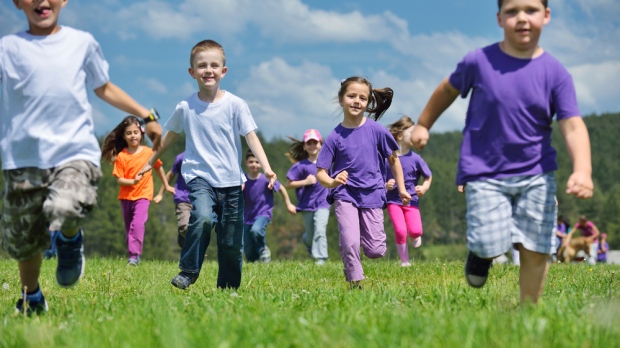 TORONTO — Children growing up in greener city areas may have higher intelligence levels and decreased ranges of difficult behaviour such as poor attention and aggressiveness, according to a new study out of Belgium.

The study, published Tuesday in medical journal PLOS Medicine, found that a three per cent increase in the greenness of children’s neighbourhoods raised their IQ score by an average of 2.6 points.

According to the study’s analysis of 620 children, the effect was seen in both wealthy and middle to low income areas.

The study acklowedged that there is already significant evidence that green spaces improve various aspects of children’s cognitive development and overall well-being but this is the first research to examine IQ scores.

However, it’s not clear why access to more green areas increased IQ scores.

The researchers ruled out air pollution, which has previously shown to impair intelligence and childhood development, as a reason for why IQ increased and behavioural difficulties decreased with greener spaces.

The study instead suggests that lower noise and stress levels in addition to greater opportunities for physical and social activities may explain the children’s higher IQ scores.

The study looked at children aged seven to 15 and used satellite images to measure the level of greenness in neighbourhoods such as parks, gardens, street trees and any other vegetation.

The researchers took into account the wealth and education levels of the children’s parents, but did not have information on where the children attended school.

According to the study, the average IQ score was 105 but the scientists found that four per cent of children with a score below 80 had grown up in areas with low levels of greenery. No children scored below that level in areas with higher amounts of green space.

Researchers found that the increase in IQ points was particularly significant for those children living in urban environments with even a small increase in greenery making a difference on their cognitive development.

Ranges of difficult behaviour, including poor attention and aggressiveness, were also measured in the children studied using a standard rating scale. The study found that a three per cent rise in greenery resulted in a two-point reduction in behavioural problems.

The advantages of extra greenery that had been recorded in city areas weren’t replicated in suburban or rural areas that already had enough greenness for all children living there to benefit, the study said.

Researchers involved in the new study say their results should be taken into future account when developing infrastructure.

“Our results indicate that residential green space may be beneficial for the intellectual and the behavioral development of children living in urban areas,” the study read.

“These findings are relevant for policy makers and urban planners to create an optimal environment for children to develop their full potential.”