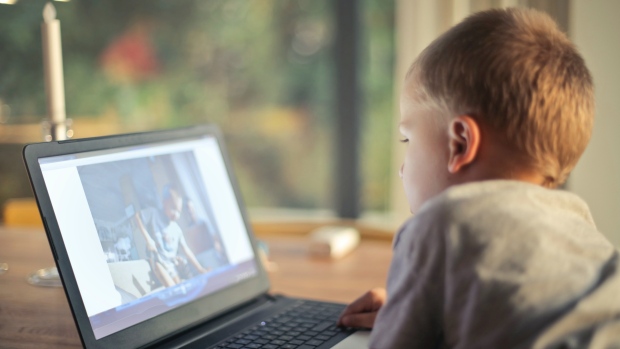 TORONTO — According to an Ontario study, children were spending nearly triple the recommended time on screens during the pandemic, something that may be connected to school closures and parental stress levels.

Parents who participated in the study reported that their children were spending an average of almost six hours of screen time every day, with some children spending up to 13 hours in a single day on screens.

The Canadian Pediatric Society recommends that children over five years of age keep their screen time to around two hours a day.

“Our findings were very surprising,” Emma Duerden, a professor at Western and co-author of the study, said in an October press release.

“It was almost three times as much as the recommended amount.”

The study, published in the Journal of Affective Disorders Reports, looked at the summer of 2020.

School closures had a marked impact, the study found, with screen time increasing from 2.6 to 5.9 hours on average during pandemic-related school closures.

But the sheer number of hours that children were spending on screens wasn’t the only focus of the study.

The study looked at 104 parents with children between the ages of six and 12 who were recruited to complete online surveys between June 2020 and August 2020 describing their children’s screen time as well as their own stress levels and involvement in their children’s activities.

As the pandemic has come with huge disruptions to regular family routines, researchers were investigating whether parental stress levels were connected in any way to increases in children’s screen time.

They found that parental stress was a significant predictor of more hours of screen time for children.

During the pandemic, parents have been under a huge amount of additional stress in terms of managing children, particularly during school closures and the advent of remote learning, which demands more organizational skills from parents.

Stress levels can also vary from family to family, as some parents may have lost jobs during the pandemic, or suffered financially, or fallen ill or lost family members.

Researchers pointed out that increases in screen time during the pandemic can also be traced to things like children spending more time in their own homes instead of at recreational activities with other children, and that it can’t be flattened down to something totally caused by parents’ behaviour and stress levels.

They also noted that as parents were going off of their recollections of screen time hours, it may not be completely accurate.

“We don’t know the long-term effects of screen time,” Duerden said in the release. “However, if (kids are) sitting down watching TV and not doing any activities, such as exercising, eating healthy food, reading or interacting with others, this may have an impact because we know these things are important for healthy brain development in children.”