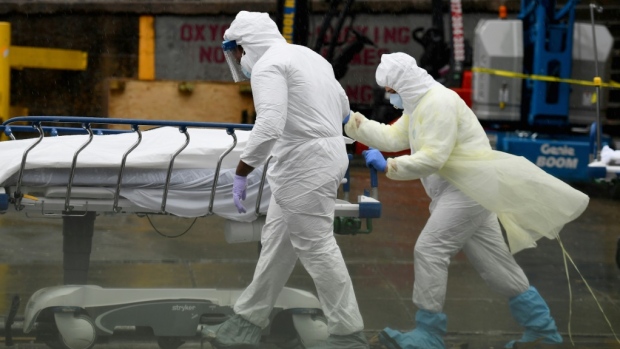 WASHINGTON, UNITED STATES — A second wave of the novel coronavirus in the U.S. could be even more destructive because it will likely collide with the beginning of flu season, one of the country’s top health officials said Tuesday.

Robert Redfield, director of the Centers for Disease Control and Prevention (CDC), called on Americans to use the coming months to prepare — and get their flu shots.

“There’s a possibility that the assault of the virus on our nation next winter will actually be even more difficult than the one we just went through,” he was quoted as saying in an interview with the Washington Post published late Tuesday.

“We’re going to have the flu epidemic and the coronavirus epidemic at the same time,” he said.

The U.S. has recorded more than 800,000 confirmed cases of COVID-19 since the start of the pandemic, according to a tally from Johns Hopkins University, with 44,845 deaths — the most reported of any country.

Billions of people around the world have been ordered to stay at home in recent months as governments try to prevent the highly contagious coronavirus from overwhelming healthcare systems.

The U.S., like other countries, has scrambled to secure enough ventilators and personal protection equipment for medical staff while the death toll mounts.

Redfield said the virus arrived in the US just as regular flu season — which itself can strain healthcare systems — was waning.

Getting a flu shot ahead of next flu season, he said, “may allow there to be a hospital bed available for your mother or grandmother that may get coronavirus.”