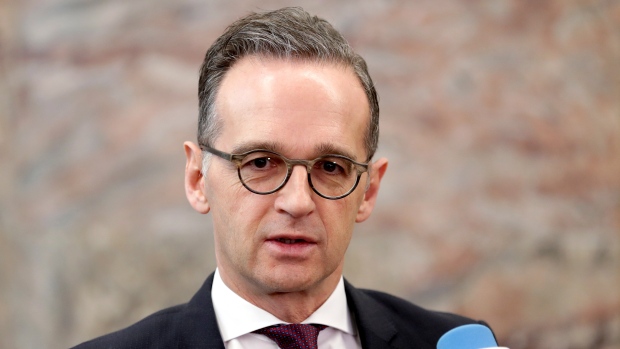 TORONTO — The case of a man who contracted coronavirus from a carrier with no symptoms could be a “game changer,” according to an infectious disease expert.

A report in the New England Journal of Medicine has cited the case of a 33-year-old German man who became ill after meeting with a visiting Chinese business partner who had no coronavirus symptoms at the time.

During her stay in Germany last week, the Chinese businesswoman showed no signs of infection, but became unwell on her flight back to China and tested positive for 2019-nCoV on Sunday.

“What we don’t know about this virus yet is whether it’s more like a typical coronavirus, where people can be contagious with mild disease or even without symptoms,” infectious disease expert Dr. Neil Rau told CTV News Channel.

“Maybe there’s a lot of unrecognized disease that has gone under the radar, that we haven’t found yet and that’s not sick enough to get people to hospital. Maybe this is more like a normal coronavirus and the more we look, the more we’re going to find.”

The Chinese woman told the German company about her illness the next day and her business partner there was sent for testing. While initially appearing well, he later tested positive for the new virus.

“It is notable that the infection appears to have been transmitted during the incubation period of the index patient (Chinese businesswoman), in whom the illness was brief and nonspecific,” the study authors wrote.

“The fact that asymptomatic persons are potential sources of 2019-nCoV infection may warrant a reassessment of transmission dynamics of the current outbreak.”

Dr. Rau agreed, telling CTV News Channel the possibility of an “unrecognized spread that went under the radar” could be bad news for containment efforts.

By Tuesday, three more employees at the German company were diagnosed with the coronavirus.

All the infected patients were admitted to a Munich infectious diseases unit for monitoring and isolation, but so far none of the patients have shown signs of severe illness.

Dr. Rau underscored that most cases of the disease are mild, which would make 2019-nCoV more like other typical coronaviruses like the seasonal flu.

“The other possibility is that this is like SARS (severe acute respiratory syndrome) where if someone is sick they only infect their close circle of contacts, household contacts, healthcare workers and if we’re super aggressive we can actually hold this at bay,” Dr. Rau added.

The World Health Organization declared the coronavirus outbreak a global emergency on Thursday after the number of confirmed cases spiked.

Nearly 10,000 people have been diagnosed with 2019-nCoV worldwide and the death toll in China has reached 213.