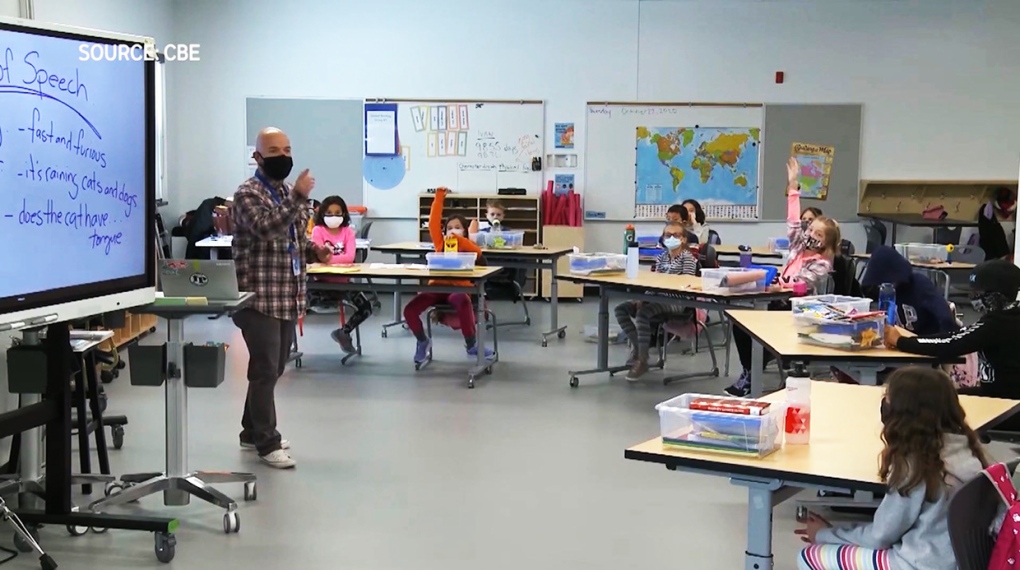 Some Alberta families and the Alberta Federation of Labour (AFL) launched a court challenge to stop the lifting of mask mandates in Alberta schools but Premier Jason Kenney says the Court of Queen’s Bench has quashed the attempt.

It’s the first part of the provincial government’s three-phased plan to remove nearly all COVID-19-related restrictions by March 1.

Roberts O’Kelly Law filed an injunction on Sunday on behalf of the AFL and some concerned families including those of medically complex children.

“The decision made by the Chief Medical Officer was rushed,” said Sharon Roberts, a partner at Roberts O’Kelly Law. “Removing universal masking in schools forces many children to choose between their education and their health and in some cases, their life.”

The AFL is a co-applicant and argues the decision doesn’t give school boards adequate time to review and address the needs of all students.

The injunction also challenged the education minister’s decision that prevents individual school boards from enacting their own mask mandates.

“The decision by the government and the related order by Chief Medical Officer of Health Dr. Deena Hinshaw was premature, reckless and irresponsible,” said AFL president Gil McGowan.

Early Tuesday afternoon, Premier Jason Kenney took to social media with confirmation that the challenge had been defeated.

Pleased to report that the Court of QB just threw-out the ridiculous application by the NDP Labour Federation to force kids to wear masks indefinitely.

Also glad to see that the teachers union backed down on last week’s threat to do the same thing.

A statement sent to CTV News from Alberta Education Minister Adriana LaGrange’s office Monday morning said they were aware the injunction was filed, but that it would be “inappropriate to comment” on a matter before the courts.

“I am able to reaffirm the Alberta government’s position that it’s time to let kids be kids,” said the statement. “The COVID-19 pandemic has impacted all Albertans, including children, who have had their lives and schooling disrupted over the past two years. The Alberta government has aimed to balance the risks of COVID-19 to children with the impacts caused by public health restrictions. Such measures can have an adverse effect on physical, mental and social development of children.”

Students and parents are split on the decision to remove masking in schools with some groups having protested outside of schools to have them removed from class. Student walkouts are planned for Monday afternoon, including at Nelson Mandela high school in Calgary, in opposition of the removal of the masking mandates.

Hannah Duda is in Grade 2 at St. Gianna School in Calgary and says she’s excited not to have to wear a mask in class because it’s more comfortable to learn. “Now it’s easier for our teachers to hear us so they don’t have to make us say it again.”

Dan Veillette, who has two children who attend the school, welcomed the “bit of a return to normal.”

“The kids have been longing for it and I’m really excited for it and happy to see it.”

Veillette says he understands some parents may be concerned about removing some restrictions in schools but says he feels overall comfortable with the change. “Kids are very resilient and they’ve met every challenge head on we’re just happy the schools are open and they are able to go. It has been a challenge but the end is in sight.”

Other restrictions, including cohort requirements and enhanced cleaning and sanitization measures, will remain in place in schools until Alberta enters the second step of its reopening plan.