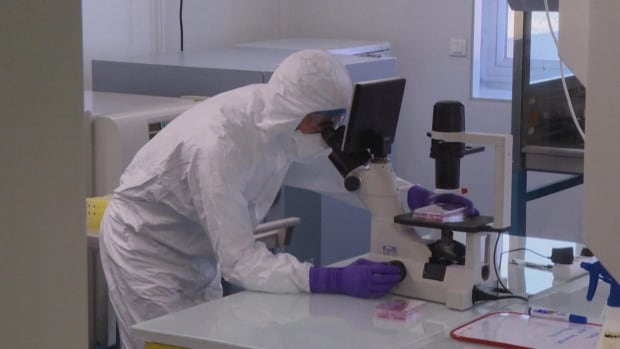 Public health experts with the Quebec government are projecting between 1,200 and 9,000 people could die of COVID-19 by the end of the month, although authorities hasten to add they believe the current trajectory for mortalities is toward the lower end of that range.

The forecasting models are being released due to increased public pressure on political leaders, both in Canada and abroad, to be transparent about why drastic isolation and physical-distancing measures are necessary.

Public health officials in Quebec had been reluctant to do so, citing the huge amount of uncertainty involved in the calculations. Premier François Legault, however, insisted the projections be made public.

Quebec released two scenarios about what could happen by April 30.

The other scenario is pessimistic: 59,845 confirmed cases, with as many as 3,208 people hospitalized at one time and 8,860 deaths.

So far, 150 deaths in Quebec have been attributed to COVID-19.There are now 583 people in hospital.

Richard Massé, a senior public health advisor to the government, provided details about the projections at a news conference in Quebec City.

You can watch the news conference here, above.

Legault will not be present for the release of the projections, but in his daily briefing earlier Tuesday, the premier suggested he wanted Quebecers to interpret the numbers with stoicism.

“I don’t want people to be alarmed by the pessimistic scenario,” he said. “Obviously, when you see the number of deaths projected, that can appear worrying.”

The worst-case outlooks were based, he said, on what happened in Italy and Spain — two countries that have been among the hardest hit by the virus. Quebec’s trajectory hasn’t resembled those countries, Legault said.

Dr. Horacio Arruda, the province’s top public health official, also said earlier today that Quebec is “closer to the optimistic scenario than the pessimistic one.”

Arruda said April will be a critical month for determining whether that remains true.