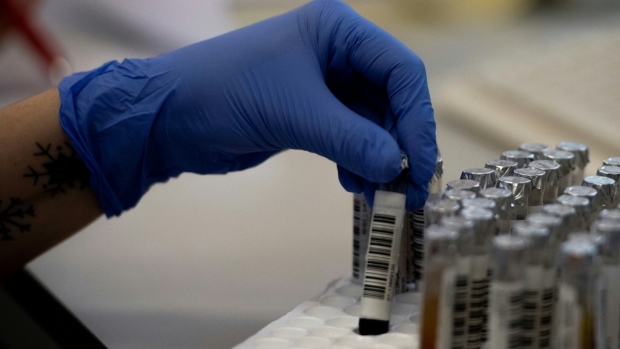 OTTAWA — New research out of China suggests that the COVID-19 antibodies needed for immunity to the virus do not last as long as many similar respiratory viruses, particularly among asymptomatic carriers.

The limited study, published last week in the journal Nature Medicine, examined 37 asymptomatic and 37 symptomatic COVID-19 patients in the Wanzhou District of China, an area more than 600 kilometres west of Wuhan. Researchers found that antibody levels were lower in asymptomatic patients and began to decline in as little as eight weeks after the patients leaving the hospital.

Between three and four weeks after exposure to the virus, the researchers found that both groups tested positive for Immunoglobulin G (IgG), the most common type of antibody for infectious diseases in the bloodstream, at a similar rate, while 29 symptomatic patients tested positive for Immunoglobulin M (IgM), compared to 23 of the asymptomatic patients.

The study found that levels of antibodies were “significantly higher” in the symptomatic group during the acute phase, meaning the phase in which the virus is still present in the body.

The researchers also noted that among the 37 asymptomatic patients, 21 developed damage in at least one lung, even though they exhibited no outward symptoms of the virus. The other 16 patients did not have any abnormalities.

Eight weeks after the patients left the hospital, researchers followed up with both groups and found the IgG levels in more than 90 per cent of symptomatic and asymptomatic patients had declined, with the median percentage decrease in both groups at more than 70 per cent.

These declines are in contrast to similar research concerning the SARS and MERS outbreaks, which indicated that antibodies for these viruses can last more than two years and at least 34 months, respectively.

This latest research could explain why some people have reported contracting the virus more than once.

In May, the U.S. military indicated that five sailors aboard an aircraft carrier in Guam had tested positive for the novel coronavirus for a second time.

Additionally, researchers warn the study emphasizes the need to rethink how the world looks at reopening, particularly when it comes to “immunity passports,” a concept in which people with the COVID-19 antibodies could be granted access to return to work or travel, for example.

“These data might indicate the risks of using COVID-19 ‘immunity passports’ and support the prolongation of public health interventions, including social distancing, hygiene, isolation of high-risk groups and widespread testing,” the report states.

The researchers also indicate that because the antibodies can decline quickly, that this study shows further need for a “timely” large-scale study of antibodies in order to get a fuller understanding of how many people have been infected with the virus.