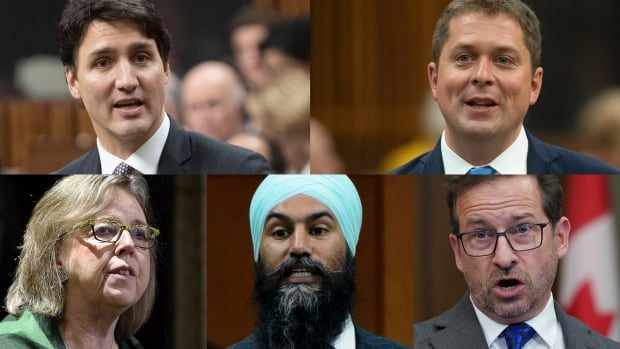 The federal government’s wage subsidy legislation is expected to pass today inside the House of Commons after days of negotiations between the government and opposition parties.

A government source tells CBC News that the House will debate for an agreed upon number of hours starting at 12:15 p.m. ET and that the legislation should receive Royal Assent by the end of the day. The Senate is expected to sit around 4 p.m. this afternoon.

The Conservatives confirm they have agreed to unanimous consent to get the bill through the House today. They also say Liberals have accepted some changes to the bill.

The Conservatives have previously raised some concerns that certain businesses might be left out of the program.

Prime Minister Justin Trudeau has raised health and safety concerns over holding regular meetings in a time of physical distancing.

While the House of Commons health and finance committees are already held virtually, moving other committees to a video or teleconference platform is expected to undergo further study.

Around 20 MPs are participating in the unusual Saturday sitting, the minimum number of parliamentarians needed for quorum.

The prime minister is in attendance today, as are other party leaders.

In a departure from his daily briefings outside his Rideau Cottage home, Trudeau will instead address Canadians from within the Commons.

The multi-billion-dollar program, called the Canada Emergency Wage Subsidy (CEWS), is designed to help companies avoid laying off employees during the COVID-19 pandemic, which has caused many businesses to shut their doors as the country comes to a standstill.

The CEWS is intended to encourage companies to rehire workers by offering a 75 per cent wage subsidy over the next three months to businesses that have lost 30 per cent of their revenue due to the crisis.  Companies will need to reapply for the program each month.

It is estimated to cost the federal government $73 billion.

“A week ago, we said this would take three to six weeks, obviously now that’s two to five weeks,” Morneau said. “We’re aspiring to do that as rapidly as possible. I’m assured we will be closer to the short end of that time.”

Before the debate, Scheer, Singh and Bloc Québécois Leader Yves-François Blanchet delivered remarks on their parties’ plans to support the bill.

Scheer said that he plans to “facilitate” the bill’s passage after the federal government agreed to accept some of his party’s proposed changes.

Back in Ottawa to pass emergency gov’t legislation – again. When Conservatives received the revised wage subsidy bill, we rolled up our sleeves and got to work. Because of our efforts small businesses will have a better program to get the help they need. <a href=”https://t.co/Y4dr51MMXY”>https://t.co/Y4dr51MMXY</a>

“When we were satisfied that the bill had been improved, we indicated that we would ensure that today’s session would go smoothly in a collaborative manner,” he said.

The outgoing Conservative leader said he looked forward to the government implementing the party’s suggestions, which include reducing eligibility hurdles for some businesses.

Scheer added that he will continue to push for in-person meetings in the House while accommodating public health advice, given that Parliament is not sitting regularly at this time.

During his remarks Saturday, the Bloc’s Blanchet said that the draft bill includes “some very good things” for workers and that all federal parties worked to collaborate when it came to reviewing the legislation.

In a letter to the prime minister Tuesday, Blanchet wrote that he welcomed several aspects of the legislation, but noted that it did not include support for businesses struggling with operational costs.

WATCH | Blanchet warns about workers not tested for COVID-19 upon arriving in Canada:

Bloc Québécois leader Yves-François Blanchet says he has an ‘obligation to inform everybody,’ as a plane arrives from Mexico carrying over 150 workers who have not been tested for the novel coronavirus and will not spend 14 days in isolation. 0:38

The Green Party’s Elizabeth May is representing her party’s caucus in the House of Commons Saturday.

According to a statement provided to CBC News, interim leader Jo-Ann Roberts says the Greens have agreed to support the bill.