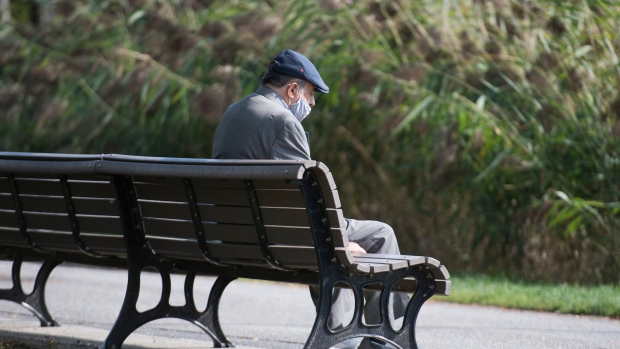 TORONTO — Dementia and Alzheimer’s disease were the most common medical conditions associated with all of the COVID-19 deaths reported in 2020, according to a new report from Statistics Canada.

The report, released on Friday, said that “of all COVID-19 deaths in 2020, dementia or Alzheimer’s was reported on 36 per cent of COVID-19 death certificates,” however the frequency with which it was reported varied from men to women.

According to the Public Health Agency of Canada, approximately one in four Canadians aged 85 or older live with dementia or Alzheimer’s.

Almost 90 per cent of people who died of COVID-19 in 2020 had at least one other comorbidity. StatCan reported that of the nearly 15,300 people who died of the virus between March and December 2020, 89 per cent had one or more medical conditions or complications listed on the death certificate.

“These results, along with the specific conditions listed on the death certificate, highlight some of the populations in Canada most vulnerable to severe outcomes of COVID-19. Although individuals had pre-existing conditions, it does not imply that they were at risk of dying if there had been no COVID-19 infection,” the report said.

The other most common comorbidities reported on COVID-19 death certificates included pre-existing cardiovascular and respiratory condition including hypertension at 15 per cent, heart diseases at 14 per cent and chronic lower respiratory diseases at 11 per cent.

Pneumonia and respiratory failure were also commonly reported, but the report noted that those “can be the result of COVID-19 rather than underlying reasons why the individual had a severe COVID-19 outcome.”

StatCan reported that since 95 per cent of Canadians who died of COVID-19 in 2020 were older than 65, the comorbidities reported on death certificates were “largely driven by age,” but added that “comorbidities were clearly present in the majority of COVID-19 deaths regardless of age.”

The report notes that the emergence of COVID-19 variants of concern, which are disproportionally affecting younger people, as well as Canada’s ongoing vaccine rollout will likely result in “further changes to the dynamics of the COVID-19 pandemic.”