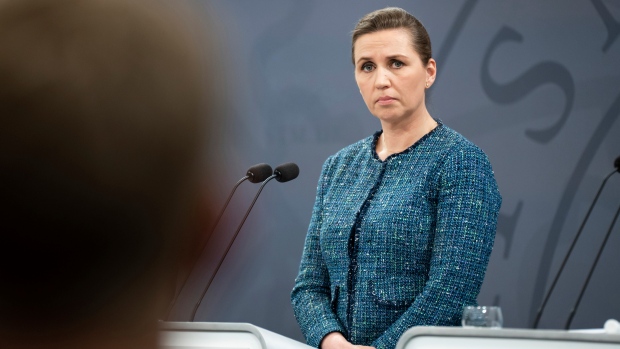 Denmark’s prime minister on Wednesday delivered a face-to-face apology to six living victims of a 1950s social experiment in which 22 Greenlandic children were taken from their families and sent to Denmark to be integrated into Danish society.

The Inuit children were between four and nine years old when they were shipped to Denmark, then the colonial power, in 1951 to try to re-educate them as “little Danes.”

The children were supposed to return to Greenland and be part of a new Danish-speaking elite that would help modernize the Arctic island’s Inuit population.

The experiment was part of a broader effort by Denmark to convince the United Nations that Greenland, a Danish colony until 1953, was an integrated part of Denmark.

Denmark and other colonial powers had pledged to work towards decolonization when joining the world body in 1945.

“Your stories have touched us deeply and this is why Denmark today says the only word that is right to say: Sorry!,” Prime Minister Mette Frederiksen told an audience that included the six survivors at a ceremony at the National Museum of Denmark.

“What you were exposed to was wrong. It was inhuman, it was unreasonable and it was heartless,” she said.

The children were never sent back to their families but were either adopted by Danish families or sent back to Greenland to be placed in an orphanage, where they were forced to speak Danish and had little or no contact with their relatives.

“Our parents said yes to the trip but were hardly aware of what they agreed to,” said Eva Illum, who was taken from her family back in 1951.

The grim experiment is a sore point in the relations between Greenland and Denmark.

“This is part of our common history … The truth has emerged and it is a truth which hurts to look back on,” Greenland’s Prime Minister Mute Egede said.

The overwhelming majority of Greenland’s 57,000 people are of Inuit descent, thinly spread out across the vast, barren North Atlantic island that is a quarter the size of the United States. Greenland remains a formal part of the Kingdom of Denmark but has since gained wide autonomy and holds the right to declare independence.

Frederiksen sent a written apology in December 2020 but delivered the apology to the six survivors in person for the first time on Wednesday.