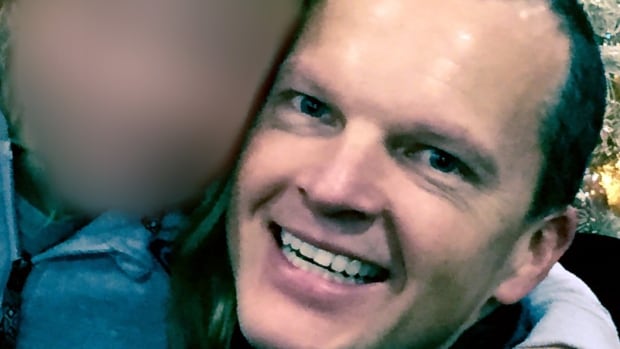 A Red Deer doctor who died after he was attacked at his walk-in clinic on Monday was deliberately targeted, say RCMP, who have laid a first-degree murder charge in the case.

Dr. Walter Reynolds died in hospital after he was assaulted with a weapon at the Village Mall Walk-in Clinic where he practised.

Deng Mabiour, 54, has been charged with first-degree murder, assault with a weapon and assault.

“This was not a random attack and was targeted,” Supt.Gerald Grobmeier, detachment commander of the Red Deer RCMP, said at a news conference on Tuesday.

Grobmeier said police have learned the motive behind the attack but those details won’t be released until the case works it way through the courts.  ​​​

He said the victim and accused knew each other through the clinic but declined to reveal further details on their relationship citing doctor patient privilege.

“Through the charge of first-degree murder, it means it was premeditated,” he said.

A witness to the attack told CBC News that a man armed with a hammer and machete attacked the doctor inside an examination room.

Mabiour has been remanded in custody and is due back in Red Deer provincial court on Wednesday. He has no previous criminal record.

An officer suffered minor injuries in the attack, Grobmeier said. Many first responders who were at the scene on Monday are struggling with the emotional toll of the tragedy, he said.

“I want to recognize the many individuals who demonstrated bravery yesterday,” he said. “Dr. Reynolds colleagues, as well as members of the public in the clinic acted quickly to come to the aid of the victim and to minimize harm to others.”

‘An unimaginable, horrific act of violence’

Reynolds, 45, is being remembered by friends and colleagues as a devoted husband and a loving father.

An online fundraiser established for the family described Reynolds as a loving husband and amazing father to two young daughters.

“An unimaginable, horrific act of violence took him away from his loving family,” reads the GoFundMe page.

“His friends, colleagues and community mourns an exceptional human being lost too soon. We all are devastated and heartbroken.”

Funds raised by the campaign will support his daughters’ education, the page said.

Meanwhile, a candlelight vigil is being planned for Friday at Red Deer City Hall. It will take place in the flower gardens at 7 p.m.

Grobmeier commended the first responders and urged witnesses to reach out for mental-health support if they need it.

“Our community is reeling from this tragic event,” he said. “We have some police officers who are struggling with the event yesterday. This is a difficult time … grieving is going to be important, whether you knew the victim or not.”

“Every emotion goes through you, that such a thing could happen to a physician in their clinic while seeing a patient.

“I think all of us today are in the same mindset. Why did this happen and what can we do to try and prevent this in the future?”

Bouch, who has practised in Red Deer for more than two decades, knew Reynolds as a friend and colleague.

They often crossed paths in the central Alberta community’s tight-knit network of doctors.

Reynolds was a young father with an active family.

Both men originally hailed from South Africa. Both shared a passion for medicine.

“He was a family man and an all-around very friendly, great guy,” Bouch said.

“He was an excellent doctor. You know, he really cared about his patients. He was a great doctor and a great family man.”

Bouch, who serves as a spokesperson for Red Deer Primary Care Network, said the tragedy has created fear in the medical community.

Doctors, already dealing with the pressures of the pandemic, are feeling anxious.

He said he received dozens of calls Monday night from physicians struggling to make sense of the tragedy.

Bouch hopes counselling is made available to those who need it.

“This just adds another layer of stress,” he said. “And all of this stress combines to affect every family physician in town here, especially those who were working closely with him.

“I think it’s beyond words what they’re going through.”

Bouch wonders if it will change the way many doctors in the community serve their patients in the future.

All physicians are trained to deal with difficult patients, but when they come wielding a weapon, no one can prepare for that, he said. He expects to see clinics adopt more safety protocols.

“I really hope that it would not pull away from the doctor-patient relationship … but we’re going to have to be on guard and a lot more vigilant about the people coming into our clinic.

“It’s going to take a while to find the impact that this is going to have on the physician community … it’s yet to be seen exactly what that is.”

Premier Jason Kenney and Alberta Health Minister Tyler Shandro both tweeted Monday that they were saddened to hear about the fatal attack on the doctor.

In a news conference Tuesday, Kenney commended the police who responded to the attack and offered condolences to the family.

“I know hearts and minds go out to the family and the loved ones and the co-workers of that physician,” Kenney said.

“I want to commend the police for having responded quickly and alertly to that attack and preventing any other violence, any other victims of that person. By all accounts, the person appears to have been deranged.

“We will obviously wait for further reports from police in the region but it is a tragic expression of violent crime.”