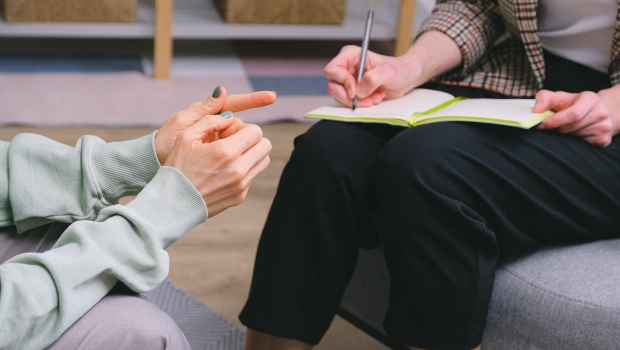 TORONTO — A type of laser “resurfacing” treatment popularly used for skin rejuvenation has increasingly been marketed as an alternative treatment for vaginal atrophy, a condition that typically affects women after menopause.

The U.S. Food and Drug Administration previously issued a warning over using these devices as a therapy for vaginal conditions, and a new study published this week suggests the therapy works no better than a fake treatment. But Health Canada has approved eight such devices for that specific use and private clinics in cities across Canada offer the service at a cost of several thousand dollars for three sessions lasting just a few minutes. So do these devices work?

Fractional CO2 laser therapy is a safe and effective non-hormonal alternative for the treatment of post-menopausal vaginal symptoms.

Genitourinary syndrome of menopause (GSM), also known as vaginal atrophy or vulvovaginal atrophy (VVA), is characterized by vaginal dryness, irritation, itching, burning, urinary incontinence, painful urination, and pain or discomfort during sexual intercourse. It is often a result of decreased estrogen levels in vaginal tissues. An estimated 40 to 60 per cent of postmenopausal women experience these symptoms, which can negatively disrupt their quality of life. Women undergoing breast cancer treatment can also experience vaginal atrophy symptoms.

“The physical, psychosocial, and economic effects of vaginal symptoms of menopause are substantive, although not life-threatening,” scientists wrote in a new Australian study published this week by The Journal of the American Medical Association (JAMA).

Fractional CO2 laser therapy typically involves inserting a probe inside the vagina to destroy or reshape vaginal tissue aimed at stimulating collagen and tightening the tissue in the region. In the U.S. the FDA has cleared or approved these types of energy-emitting devices for removing abnormal or precancerous cervical and vaginal tissue and genital warts, but the regulator says it has not evaluated the safety and effectiveness of these devices for “vaginal rejuvenation.”

“In addition to the deceptive health claims being made with respect to these uses, the ‘vaginal rejuvenation’ procedures have serious risks,” the FDA wrote in July, 2018.

“The deceptive marketing of a dangerous procedure with no proven benefit, including to women who’ve been treated for cancer, is egregious. In reviewing adverse event reports and published literature, we have found numerous cases of vaginal burns, scarring, pain during sexual intercourse, and recurring or chronic pain.”

Health Canada is not aware of any incidents linked to this type of treatment or any complaints related to the false advertising of such treatment, spokesperson Anne Gernier told CTVNews.ca in an October 20th email.

“The Department takes these matters seriously and will not hesitate to take action to address any non-compliance identified and inform Canadians, as appropriate. Please note that selling unauthorized health products or making false or misleading claims is illegal in Canada.”

The agency regulates these devices through the Medical Devices Regulations of the Food and Drugs Act and has licenced the CO2 lasers for medical vaginal treatment, such as GSM and the destruction of abnormal tissue, said Gernier, adding that under these regulations, CO2 lasers are Class III medical devices (Class IV is the highest).

“Health Canada has not evaluated the safety and effectiveness of these devices for ‘vaginal rejuvenation.’ The use of CO2 lasers to treat vaginal conditions falls within the practice of medicine, which falls under provincial and territorial jurisdiction,” Gernier wrote.

“If a medical device is licensed by Health Canada, it means that it meets the regulatory requirements with respect to safety, effectiveness and quality.”

Results from the Australian JAMA study analyzing the procedure’s effectiveness for women with post-menopausal gynecological symptoms add to questions around its efficacy. The paper concluded that after 12 months, the severity of the symptoms were not “statistically significant” compared to those who underwent a sham treatment. Quality of life and quality of sex also did not change meaningfully between the two groups, researchers said. Vaginal wall biopsies were also analyzed, with no significant difference in histology between the groups either.

Researchers also noted that “because there is no demonstrable difference versus sham treatment, it cannot be considered to be cost-effective” due to the steep price of the treatment.

In the study, women underwent three treatments a month apart, in line with recommended practice, with the sham treatment performed at minimal energy settings that had no effect on the tissue. A topical anesthetic cream was applied to all patients to reduce any differences in pain perception, while other visual and auditory considerations were also made to ensure they were identical between the two groups.

This clinical trial, among the largest of its kind on this subject, involved 90 women with post-menopausal symptoms. It was double-blinded, randomized, and importantly, sham-controlled, with patients followed for a year. It adds to previous studies that also suggested no significant difference.

To be sure, there is at least one study published in January 2018 showing more positive results. Other positive studies lacked control groups, randomization and/or had much shorter follow-up period, however, raising some concerns over the quality of the results, according to a discussion on this topic published in The Journal of Urology in December 2017.

The JAMA study published this week noted that medical devices are “often adopted into clinical practice with a lower level of evidence than pharmaceutical products, with rapid dissemination before stringent evaluation” and pointed to the FDA’s warning in 2018. The paper acknowledged some limitations to its study, including the fact that it did not evaluate the risk of complications, although no safety issues were identified.

“I was skeptical before this data existed and this new study has only confirmed that I was right to be concerned,” gynecologist and author of The Menopause Manifesto Dr. Jennifer Gunter wrote in a blog post after the study was published.

“It is true that not everyone can use vaginal hormones for GUSM and that lubricants and moisturizers don’t always help these people, but the answer is not to offer untested, expensive, potentially harmful procedures under the guise of ‘vaginal rejuvenation.'”

The British Menopause Society told the BBC that this study was notable in that it was not industry funded and among the biggest randomized trials of its kind, adding that the therapy should only be offered in clinical trials to gather more evidence.

While the treatment has gained popularity as a non-hormonal alternative to treat post-menopausal vaginal symptoms, the latest study adds to ongoing doubts as to whether this expensive procedure works.

Heath Canada says that if anyone has concerns regarding CO2 lasers or other health products, they can make a report via email or through its online complaint form.