B.C.’s provincial health officer warned Thursday she may introduce new measures to curb COVID-19 transmission at gatherings like weddings and funerals, as the province announced a record-high 274 new cases.

Dr. Bonnie Henry said the measures could include conditions on wedding licences and reducing the province’s current 50-person limit on gatherings.

“We will use all the tools that are available,” she said.

“The reality is that, right now, everywhere in B.C., wedding, funerals and other life occasions need to be small — as small as possible. Every gathering needs to be our own household only, and at maximum, our safe six.”

Henry said she’s concerned about new cases linked to social gatherings, as transmission has spilled to other parts of the community, including workplaces, schools and health-care facilities. 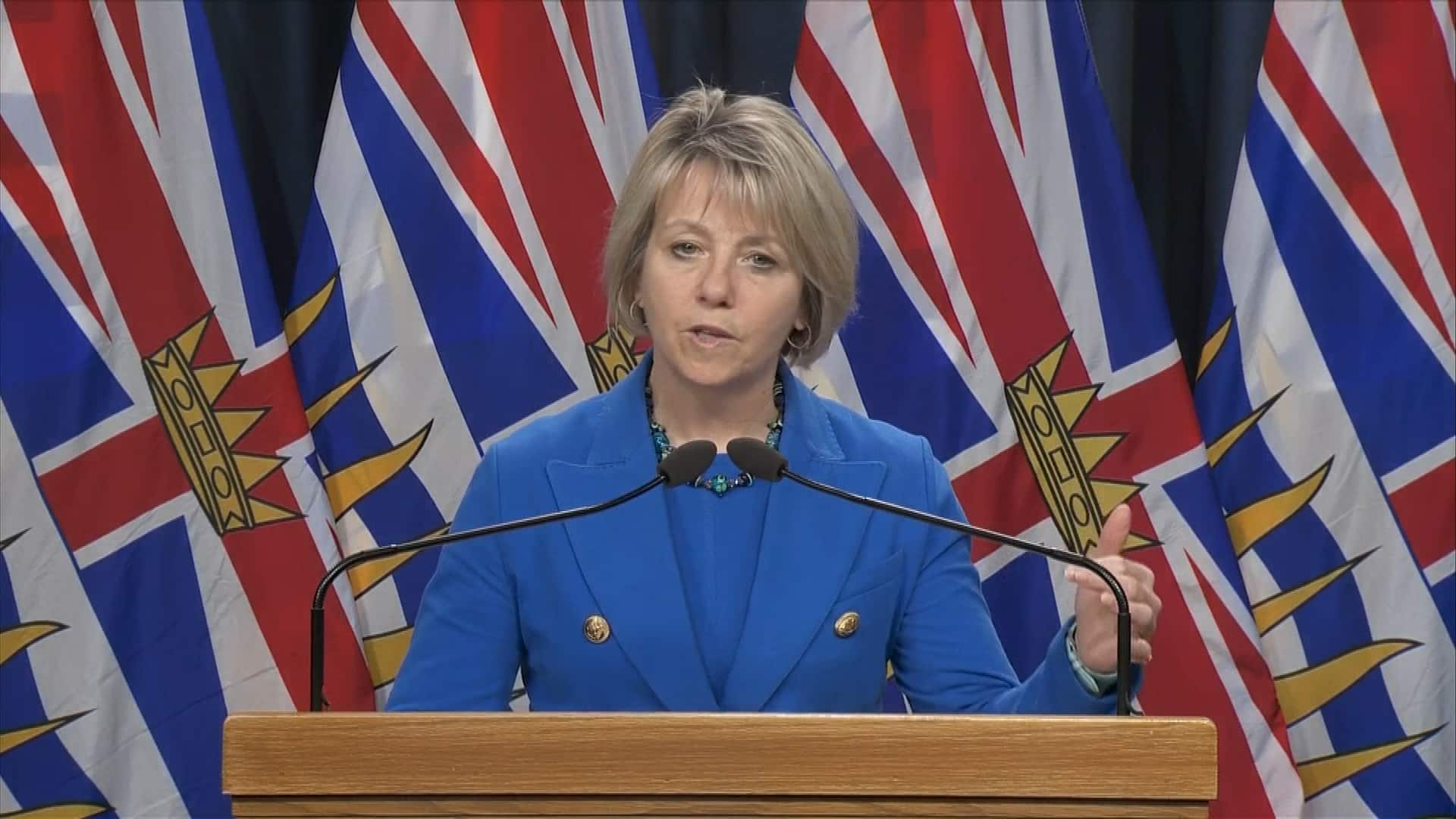 Dr. Bonnie Henry’s warning comes as Fraser Health reports a number of social gatherings lasting days has led to a surge in COVID-19 cases in the province. 1:39

Thursday’s daily case number toppled the previous record of 203 cases set on Wednesday. B.C. now has 1,920 active cases, with 4,425 people in self-isolation due to COVID-19 exposure.

The death toll remains unchanged at 256. Seventy-one people are in hospital, with 24 in intensive care.

About 75 per cent of the province’s active cases are clustered in the Fraser Health region, which makes up about 39 per cent of B.C.’s population.

The region recorded an average positivity test rate over seven days of between four and five per cent, compared to a rate of less than two per cent everywhere else.

B.C.’s positivity rate (adjusted for a seven-day average) as now above 2% once again, and is quickly approaching the same levels as August, when there was a clear rise in transmission across the province. <br><br>BUT<br><br>It’s around 4-5% in Fraser Health, 0-2% everywhere else. <a href=”https://t.co/p7MVvIGfkH”>pic.twitter.com/p7MVvIGfkH</a>

Henry said transmission is also spreading as people travel across the province to and from events.

Public health teams have identified weddings that involved multiple events with different groups of people. Events are also being held where more people show up than expected and guests mingle together.

“We hear from event organizers that they’re sometimes feeling put on the spot, that they can’t control the numbers of people who end up at the event,” Henry said.

Those shifting numbers and plans have led to inadvertent transmission, which makes it difficult to identify and locate contacts, Henry said.

Henry said people should consider very small civil ceremonies for weddings, and to save the party for next year.

“We know how important these life-changing events are for all of us,” she said.

“But right now, with the global pandemic and cases surging all around us … we need to take those measures now.”

The province announced Wednesday the first COVID-19 outbreak in the B.C. school system at École de l’Anse-au-sable in Kelowna. Over 160 people associated with the school are in self-isolation.

“While it is obviously not what any of us want to see, it is not unexpected as we know COVID-19 is still circulating in our communities,” she said.

Henry said health officials are containing the spread to the involved cohort. She said the school is working with the families to make sure they can still continue with lessons.

There have been a total 213 exposure events in B.C. schools, Henry said.

Public health teams have found six clusters, where more than one person in the school has been exposed.