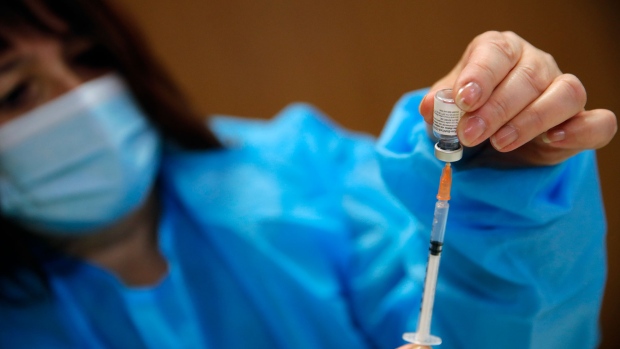 The effectiveness of COVID-19 vaccines for people in American nursing homes and long-term care facilities, where residents are often elderly and frail, has dropped since the Delta variant became dominant in the United States, government researchers said on Wednesday.

Despite this decline, the vaccines are still highly effective at preventing illness severe enough to require hospitalization, according to research published in the U.S. Centers for Disease Control and Prevention’s (CDC) Morbidity and Mortality Weekly Report.

The spread of the highly infectious Delta variant, which according to CDC data accounted last month for more than 80 per cent of new U.S. infections, has complicated efforts to combat the pandemic in the United States and globally.

CDC researchers compared weekly data from 3,862 nursing homes and long-term care facilities spanning March 1 to May 9, before Delta became widespread, to data from 14,917 such facilities covering June 21 to Aug. 9, when the variant was responsible for the majority of new infections.

They found that efficacy of the two-dose vaccines from Pfizer/BioNTech and Moderna for preventing any coronavirus infection – mild or severe – dropped from 74.7 per cent to 53.1 per cent. Effectiveness estimates were similar for the Pfizer-BioNTech and Moderna vaccines, they said.

The study’s findings were cited by federal health officials on Wednesday in their announcement that COVID-19 booster shots would be made widely available to Americans beginning on Sept. 20, with protection from initial vaccination waning over time.

The first groups to receive those boosters will include nursing home residents and other elderly Americans, as well as people with weak immune systems.

“Because the Delta variant became prominent in the United States within six months after the initial vaccine rollout to nursing home residents, we could not determine if the lower vaccine effectiveness seen in June-July in this study was due to potential waning immunity, reduced protection against the Delta variant, or a combination of both factors,” CDC epidemiologist Dr. Srinivas Nanduri said.

In a second study, New York State Department of Health officials found that by late July, 65 per cent of New York adults had been fully vaccinated with two doses of the Pfizer/BioNTech or Moderna shots or one dose of the Johnson & Johnson shot.

The effectiveness of the two-dose vaccines against hospitalization lasts at least six months, according to a separate study by researchers in 18 U.S. states who reviewed data from 3,089 hospitalized patients, including 1,194 with COVID-19.

Vaccine efficacy against COVID-19-associated hospitalization was 86 per cent between two and 12 weeks from receipt of the second vaccine dose, they found. It was 84 per cent between 13 and 24 weeks, with no significant change between these periods, they found. Over the full six months, they found, it was 90 per cent among adults without immunocompromising conditions.