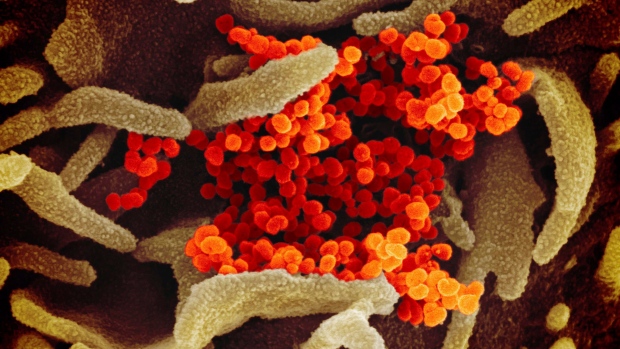 An elderly Dutch woman has become the first known person to die from catching COVID-19 twice, according to experts, raising serious questions about how long immunity and antibodies can last.

The woman, 89, suffered from a rare type of bone marrow cancer called Waldenström’s macroglobulinemia. Her immune system was compromised due to the cell-depleting therapy she received, the researchers at Maastricht University Medical Center in the Netherlands wrote in a paper accepted for publication in the journal Clinical Infectious Diseases.

However, the researchers said her natural immune response could still have been “sufficient” to fight-off COVID-19, as the type of treatment she received for cancer “does not necessarily result in life threatening disease.”

The patient was initially admitted into hospital earlier this year with a severe cough and fever, testing positive for COVID-19.

She was discharged five days later when “besides some persisting fatigue her symptoms subsided completely,” according to the report.

But two days into chemotherapy treatment — 59 days after the start of the first COVID-19 episode — the woman developed fever, cough and difficulty breathing.

She once again tested positive for coronavirus, and no antibodies were detected in her blood system when tested on days four and six. Her condition deteriorated on day eight.

The woman was not tested between infections, so researchers have no confirmed negative tests. However, upon examining the samples from both cases they found the genetic makeup of the two viruses to be different.

They therefore concluded that “it is likely that the second episode was a reinfection rather than prolonged shedding.”

This is the first time someone is reported to have died from a second spell of coronavirus. However there have been some reported cases of reinfection worldwide, most recently a 25-year-old resident of Washoe County in Nevada in the United States.

The man is the first in the U.S. documented to have been re-infected. According to researchers in The Lancet Infectious Diseases, a medical journal, he tested positive for Covid-19 in April and again in June, showing symptoms in both cases such as sore throat, cough, headache, nausea, and diarrhea.

The man had no underlying health conditions but similarly to the Dutch woman, suffered a more severe episode the second time.

Unlike the Dutch woman however, the man developed a measurable antibody response after the second episode. Researchers could not conclude how long the man was immune, or if he ever was.

In The Lancet Infectious Diseases, researchers said: “Reinfection with SARS-CoV-2 has been reported in at least four individuals worldwide. Thus, previous exposure to SARS-CoV-2 does not necessarily translate to guaranteed total immunity.

“The implications of reinfections could be relevant for vaccine development and application. From a public health perspective, all individuals—whether previously diagnosed or not—must take identical precautions to prevent infection with SARS-CoV-2. Further work is needed to assess immune reactions in vitro after reinfection.”

A 33-year-old man living in Hong Kong was the first person reported to have caught the virus twice.

He became re-infected 4.5 months after contracting the virus initially, and showing showed no symptoms the second time round.

In the report of the Dutch woman’s case, researchers said COVID-19 reinfections are expected to occur once antibodies decrease and immunity wanes.