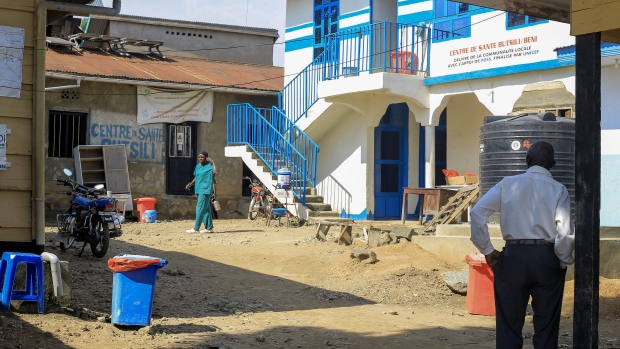 BENI, CONGO — Residents of the eastern Congolese city of Beni expressed concern Saturday, after receiving the news that a new case of Ebola was confirmed only five months since the country declared an end to the last outbreak that killed six people in the region.

The case was registered in eastern Congo, according to the country’s Health Ministry and the National Institute of Biomedical Research.

A child of nearly 3 years old was sent to the Butsili hospital in Beni after presenting various symptoms related to Ebola. He died on Oct. 6 and tested positive for Ebola, according to the research institute and the ministry which made the announcement Friday.

About 100 people who may have been exposed have been identified and will be monitored, according to the ministry.

“When an epidemic starts, people tend to neglect, to minimize, to doubt the existence of the epidemic. And that’s what cost us a lot” Mutsunga said. “People are already enough informed about Ebola and we believe that people will work with the response teams to bring the epidemic under control” he added.

Less optimistic, others are afraid there could be a new outbreak as the nation has a struggling health care system that is also dealing with other issues.

“I’m concerned and I have fear because with Ebola, COVID-19 and insecurity. We don’t know how to live in Beni. Beni is no longer livable,” said resident Joel Mambo.

According to the World Health Organization, Butsili was one of the epicenters of the 2018–2020 Ebola outbreak in eastern Congo, considered the second deadliest in the world killing nearly 2,300 people.

In a statement WHO said it’s collaborating with the local authorities to investigate the new Ebola case, adding that it’s not “unusual” for sporadic cases to occur following a major outbreak.

It was not immediately known if the new case is related to the 2018-2020 outbreak or to the outbreak earlier this year that killed six people over a few months. Congo has experienced 12 recorded Ebola outbreaks since the virus was first discovered in the conflict-ridden country in 1976.