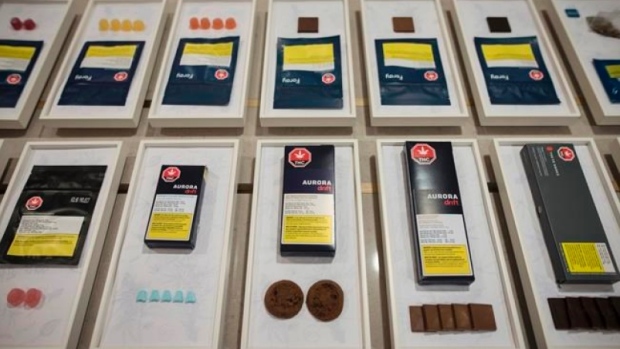 TORONTO — New research from The Hospital for Sick Children (SickKids) in Toronto has found a sharp rise in the number of cannabis-related poisonings and intensive care admissions among kids since cannabis legalization, with more potent edibles as the main culprit.

The study, published June 17 in the journal Clinical Toxicology, looked at intoxication severity in emergency room visits at SickKids among children up to age 18 in the nine years before the bill to legalize cannabis was tabled on April 13, 2017, and compared it with hospital admissions in the two years following legalization.

“The main findings are that there’s been an increase in the severity of the poisons in children who were presented to SickKids emergency department with cannabis intoxication,” Finkelstein said in a telephone interview.

“The monthly number of cases did not significantly change, but the severity did,” he added.

Compared to the pre-legalization period, the study also found a greater number of children were admitted to emergency rooms with respiratory issues and altered mental states post-legalization. Researchers say these symptoms are common following cannabis intoxication.

While the study found the most common overall method of ingestion was by inhalation among older children, the rate of edible use in the study more than doubled post-legalization and was heavily tied to intensive care admissions among children under 12.

“Those that are really the sickest… are typically young toddlers who ingest edibles,” Finkelstein said. “If you put cannabis in a brownie, in candies, chocolate chip cookies, those are visually attractive to young children and they’re also typically very concentrated, and that’s why we have more severe cases.”

While uncommon in adults, Finkelstein noted that cannabis intoxication can have “significant negative impacts” on young children including behavioural changes, seizures, respiratory depression, problems with co-ordination and balance, and even coma.

Since legalization is here to stay, Finkelstein said attention needs to shift towards educating the public on the potential severe toxicity of cannabis products in children.

“Obviously, when [cannabis] is legal, it’s more abundant in the home, but many people are not aware that it can cause severe poisoning, especially to young children so the awareness of that is key,” Finkelstein said.

He said adults should keep cannabis products in a locked container, away from other food and drinks, and out of the reach of children to prevent accidental poisonings.

“If you do have such products in your home, keep them safe, up and away from the reach of children. Don’t leave cannabis brownies on the table because children will get into them,” Finkelstein said.