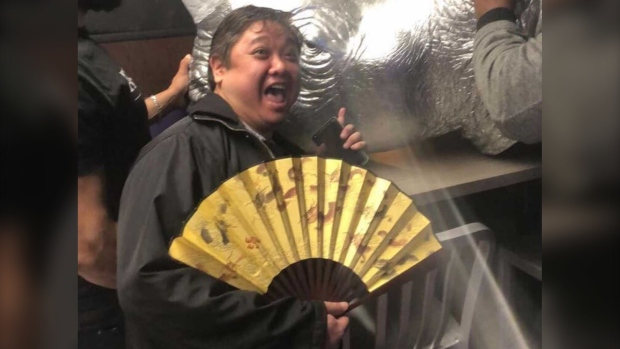 Ricky Lam, nicknamed ‘The Fan Guy’ in the city’s nightclub scene, wrote about trouble breathing, harsh coughing and extreme fatigue in a series of Instagram posts over the past week.

“At the emergency because my breathing has suddenly gotten worse. Had a lot of symptoms till now but don’t have my test results yet,” Lam posted on Nov. 20.

A day later, he wrote about suddenly having increased lung capacity. In the following post on the same day, he wrote that he’d “spoken too soon” and that he was being sent home.

The same day, Nov. 21, he posted he had indeed tested positive for COVID-19.

According to his three final posts, his condition only worsened from there.

“That was a huge shocker to see that,” said Lam’s cousin, Lisa Friesenhan.

“I started reaching out to find out what happened and more importantly want to know… ‘Is he OK?’”

But he wasn’t. Lam died in hospital on Nov. 24, the day after his final post.

“I think that’s what people need to know and need to hear: that a healthy 40-year-old guy full of energy, full of life, can be floored within a few days,” said Lillian Lopez, one of several of Lam’s family members who spoke to CTV News.

“(This) shows shows it can hit hard and it can hit anybody,” said Lopez.

‘LIFE OF THE PARTY’

Ricky Lam’s outgoing nature and love of singing didn’t really jive with a pandemic lifestyle, but loved ones said he tried to make the best of it.

“During the start of the pandemic, each day he would sing a song,” said Petterson Lam, who chose Ricky as his best man for his wedding.

“He did sing at my wedding, as well,” the cousin said, calling Lam “natural performer.”

Family members say he earned the nickname ‘The Fan Guy’ for bringing a literal fan onto dance floors at bars and nightclubs, a prop they said endeared him to fellow club-goers.

“Going through condolences on Facebook and seeing how much Ricky had touched so many lives, it means a lot,” said Lam.

Friesenhan said Lam was also someone who liked to make people feel included.

“He was just open. Open about who he was and how he was feeling. I think that’s partly why he was so open about what was going on on his social media platform,” she said.

“I wonder if he wanted to make sure if other people would also feel comfortable sharing.”

Adding to their grief, Ricky Lam’s family is uncertain what to do about funeral arrangements.

“We know so many people would like to celebrate Ricky’s life, we’re just not sure how that’s going to happen right now,” said Friesenhan.

Cousins said Lam’s older brother lives in British Columbia and that the family has already suffered devastating loss in 2020.

“Right now, it’s so difficult for (Ricky’s dad) what to do or how to best handle it,” said Friesenhan, “(He) had to bury his wife earlier this year and now he’s lost his youngest son, so it’s hard.”