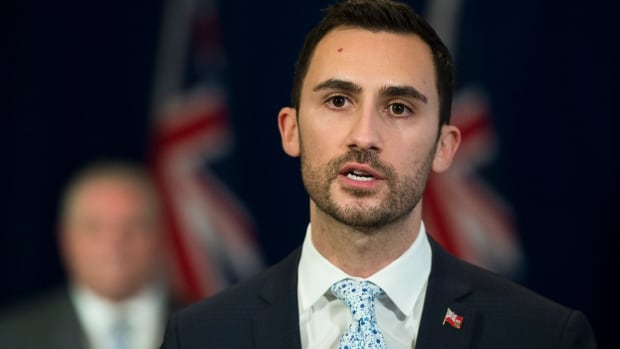 Education Minister Stephen Lecce says he’s “unlocked” $500 million in funding toward “physical distancing and improved air quality,” along with PPE and a boost for custodians ahead of the return to the school in September.

The minister also announced an additional $50 million for upgrades to ventilation systems amid concerns over student safety amid the threat of COVID-19.

The half a million dollars in funding comes from the ministry allowing boards to dip into reserve funds. Boards that do not have reserves will be provided with a boost from an $ 11 million allocation.

Lecce is promising the new funding following weeks of criticism of the province’s back-to-school plan from parents and teachers alike.

You can watch that news conference live in this story,

At a press conference yesterday, Premier Doug Ford noted that Lecce may be addressing the plan for students to return to school in the fall. Ford said people shouldn’t expect changes to the province’s current plan, but did hint that the announcement will be “a good one.”

Back-to-school plans during the COVID-19 pandemic have been criticized by parents, educators and medical professionals, particularly when it comes to class sizes.

On Thursday, Ontario’s four major education unions published a press release stating that the province’s current back-to-school guide “fails to meet legal health and safety requirements” and that teachers and students are not protected against COVID-19.

The unions, which represent more than 190,000 teachers and education workers, raise red flags over the lack of mask requirements for children under 10, larger class sizes, poor ventilation in schools and lack of adequate screenings and safeguards for students. They’ve asked to meet with Minster of Labour Monte McNaughton and representatives from the Ministry of Education to discuss their concerns.

In Ontario, Grades 4 through 8 will have no cap for the size of classes. Instead, the only stipulation is a maximum average of 24.5 students per class across each school board.

As B.C. delays the start of classes and Ontario parents protest class sizes, the provinces could look to other countries for how to approach going back to school during the COVID-19 pandemic. 2:01

This would mean it’s likely a child could be in a class with 30 other students or more.

On Tuesday teachers and parent groups held a protest at Queen’s Park to address the class size issue, as well as draw attention to the sometimes poor ventilation in older Toronto schools that could exacerbate the crowding concerns.

The Ministry of Education is looking into the concerns over ventilation for some schools, said Dr. David Williams, Ontario’s chief medical officer of health, at a press conference Thursday.

Parents and teacher coalitions at Wednesday’s protest asked the province for $3 billion in funding to allow for smaller class sizes and updated ventilation systems.

Both Ford and Lecce have stated that physical distancing may not always be possible and have encouraged parents to opt for online learning if they are concerned for their children’s safety.

In a report of recommendations for back-to-school planning published in July by SickKids hospital, it’s recommended that smaller class sizes be a “priority strategy”.

However, the report notes there is “limited evidence” on what to base the maximum class size numbers on as it depends on other factors like the size of the classrooms and if non-traditional spaces, like outdoor classrooms, are being used.