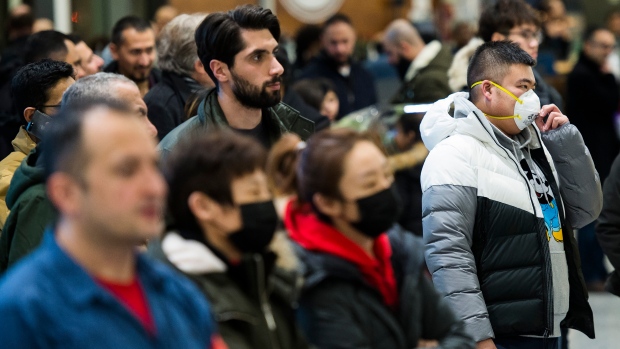 TORONTO — Officials in Toronto are interviewing all those who had contact with the man diagnosed with Canada’s first case of the new coronavirus to ensure none of them were infected.

Authorities announced yesterday that they had detected the respiratory illness in a man who recently travelled to Toronto from Wuhan, China, the epicentre of the virus.

He’s being quarantined at Sunnybrook Hospital, and his family members are in “self isolation” as a precaution to keep the disease from spreading.

The illness has sickened at least 1,975 people and killed 56 in China, but it remains to be seen whether it’s as dangerous as the common flu, which kills 3,500 people every year in Canada alone.

Health Minister Patty Hajdu and Dr. Theresa Tam, chief public health officer, are set to hold a news conference this morning to provide an update on the situation.

He said the strategy of educating the public — championed by the federal government — appears to have worked, at least in the case of the first patient.

“The individual, knowing his responsibility, when feeling unwell, even without having really severe symptoms, was concerned enough and informed prompt enough,” Williams told a news conference on Saturday evening. “That just tells you that people have knowledge of it, they want to take proper precautions to protect their health and protect their family members and others.”

Tam told reporters on Thursday that rather than screening every single passenger coming to Canada from China, the federal government was instead providing travellers with information about what to do should they start to feel sick.

The new virus comes from a large family of coronaviruses, some causing nothing worse than a common cold.

But in late 2002, a coronavirus called severe acute respiratory syndrome erupted in southern China, causing a severe pneumonia that rapidly spread to other countries. SARS infected more than 8,000 people and killed nearly 800, including 44 Canadians. Toronto was hard hit in that outbreak.

A decade later, another coronavirus dubbed Middle East respiratory syndrome began sickening people in Saudi Arabia. MERS is still prevalent, causing small numbers of infections each year. The World Health Organization has counted nearly 2,500 cases in the Middle East and beyond, and more than 850 deaths.

SARS and MERS came from animals, and this newest virus may have as well. The first people infected visited or worked at a seafood market in the Chinese city of Wuhan, which has been placed under quarantine since the outbreak.

Canadian authorities have said such a quarantine won’t happen here, even if there is an outbreak.

The federal government has beefed up measures at major airports in Toronto, Vancouver and Montreal, asking travellers whether they had been to Wuhan in the past 14 days, with a positive response triggering further investigation.

Everyone is also being urged to practice good hygiene that helps prevent the transmission of all viruses — washing hands thoroughly, covering coughs and sneezes, and staying home if you’re sick.

This report by The Canadian Press was first published Jan. 26, 2020.