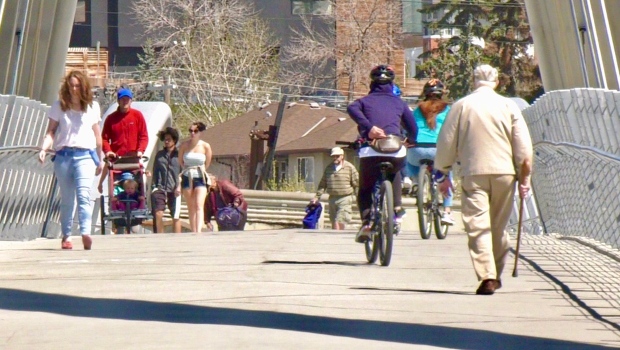 CALGARY — Studies have shown that physically active women do better on cognitive tests but, until recently, there was no explanation for the improved results.

University researchers spent 10 years on the Brain in Motion project. They recruited 268 men and women from the Calgary-area who were generally healthy but not very active. The participants were between 50 and 83 years of age and had no history of heart or memory problems.

They were given thinking and memory tests at the start of the study, as well as an ultrasound test to measure blood flow within the brain.

The study required the participants to attend a supervised aerobic exercise program three times a week and to work out on their own once a week. As participants progressed through the study they increased their workout from an average of 20 minutes a day to an average of at least 40 minutes.

Cognitive testing was reassessed at the end of the six months through a series of tests.

“Verbal fluency is a measure of how quickly people can retrieve information,” explained Poulin. “So we might give them a letter and have them come up with a number of different words that start with that letter. We saw an improvement of two-and-a-half per cent there, that’s equivalent to about five years of gain in brain health.”

Participants showed similar improvement in the recall of words (2.6 per cent) and a 5.7 per cent improvement in executive functioning, similar to the expected performance in adults almost six years younger.

Ron and Atsuko McDonald joined the study in an attempt to improve their declining levels of physical activity. Both in their 70s, they say the experience has had a lasting impact.

“I was physically deteriorating, I used to say ‘Oh, it’s just my age. It cannot be helped’,” said Atsuko in a statement released by the university. “But five years after starting this program, I feel better than ever. It’s proved to me that it’s never too late to start exercising for your body and your mind.”

As Canada’s aging population grows, an increasing number of people will be at risk for diseases of the brain said Poulin, who is also associated with the Brenda Strafford Foundation Chair in Alzheimer Research.

“The bottom line is that exercise is good for your brain,” said Poulin. “It’s never too late to start and it’s the only intervention so far that’s been proven to have a modifying effect on diseases of the brain with aging including Alzheimer’s disease and other dementias.”