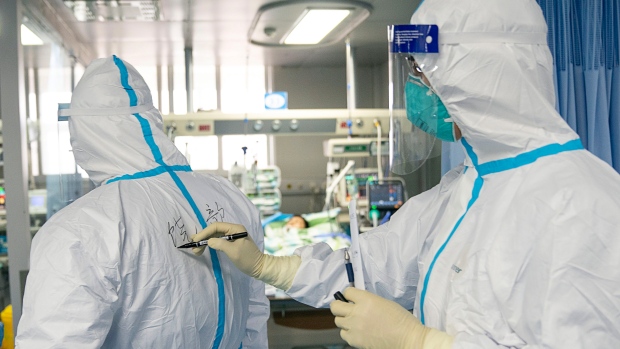 TORONTO — In the wake of the announcement that Canada has confirmed its first “presumptive positive” case of coronavirus, health officials and experts are downplaying the severity of the virus, suggesting most cases could be mild.

Officials revealed Saturday that a man in his 50s started experiencing symptoms of the virus after returning to Toronto from Wuhan, the Chinese city at the centre of the outbreak. While the man tested positive for the virus during initial tests, officials noted that secondary testing at Canada’s National Microbiology Laboratory is required to confirm the case.

But infectious disease expert Dr. Neil Rau notes this may not be a “disastrous” development, suggesting that the speed of which the virus appears to be transmitted doesn’t necessarily correlate to severity.

“Very clearly it is going to be difficult to contain the spread of this virus globally despite best efforts,” Rau told CTV News Channel Saturday.

“It may reflect that a lot of the illness is mild disease… that it is actually quite contagious, but that a huge number of people don’t necessarily seek medical attention and that the ones who do, we recognize when we test them, including this Canadian example, its someone with mild disease, not serious disease like SARS.”

Comparisons to SARS have grown as concerns over coronavirus grow in Canada.

During Saturday’s press conference, officials stressed several times that the system is more equipped to deal with viral outbreaks than it was 17 years ago when a SARS outbreak killed 44 Canadians.

“The analogy with SARS stops when it comes to the severity of the disease,” Rau said. “In the case of SARS, you had a patient in the intensive care unit and the very nurse taking care of that patient becoming sick and ending up in the same intensive care unit on a breathing machine. We don’t have that story this time.”

Sunnybrook officials described the Canadian patient’s illness as “relatively mild,” on Saturday, with Dr. Jerome Leis adding that they have already seen “early signs of improvement.”

“I think it’s very important for us all to realize that many people will have a very mild form of this disease,” he said. “Many people in China probably don’t even know they’ve had it, haven’t sought medical care, or if they have sought medical care, have recovered quite quickly. This is fairly typical of a viral disease.”

These numbers reflect “the tip of the iceberg,” when it comes to the disease’s full reach, Rau said.

Patients who are sick enough to show up in the hospital likely do not account for the majority of the disease, he said.

He noted that while things appear to be out of control in Wuhan, where the level of disease has prompted a quarantine by the Chinese government, there is no reason Canadians should fear a similar level of outbreak.

He believes there are two possibilities for how the disease spreads.

“Either people are only contagious when they are very sick, in which case there’s no risk,” he said, referring to the likely risk for Canadians in particular. “Or they’re actually quite contagious when they have mild disease and we will have more cases from this case, but everyone’s case is going to be a mild case… in which case it’s not going to be a disaster to worry about.”

The second possibility is the one he believes is more likely.

“If it’s true that one case generates anywhere from two to four new cases, it’s impossible to contain this virus with the drastic measures they are using in China, even with the more reasonable approaches we are using in Canada,” he said.

Rau added that the outbreak in China is not an early sign of a global disaster, adding that it’s not time yet for Canadians — or the world at large — to start panicking.

“Whatever way this story plays out, I am not concerned that it’s spelling the end of humanity or that we’re in for a massive human plague,” he said.