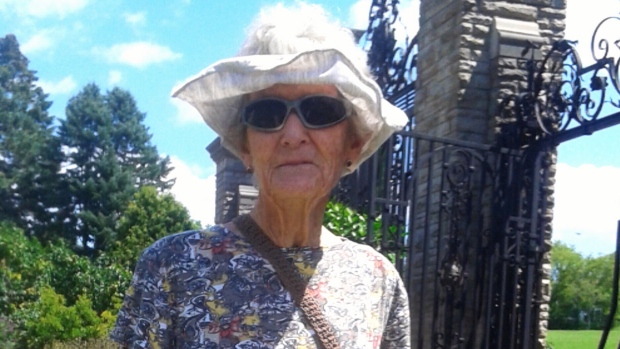 TORONTO — When 90-year-old Nancy Russell died last month, she was surrounded by friends and family.

They clustered around her bed, singing a song she had chosen to send her off, as a doctor helped her through a medically-assisted death.

It was the exact opposite of the lonely months of lockdown Russell had suffered through in the retirement home where Russell had lived for several years — that was the whole point.

Across Canada, long-term care homes and retirement homes are seeing rising cases of COVID-19 and deaths yet again, a worrisome trend that is leading to more restrictions for the residents.

But these lockdowns are taking another toll among those who don’t get COVID-19.

Residents eat meals in their rooms, have activities and social gatherings cancelled, family visits curtailed or eliminated. Sometimes they are in isolation in their small rooms for days. These measures, aimed at saving lives, can sometimes be detrimental enough to the overall health of residents that they find themselves looking into other options.

Russell, described by her family as exceptionally social and spry, was one such person. Her family says she chose a medically-assisted death (MAID) after she declined so sharply during lockdown that she didn’t want to go through more isolation this winter.

“Being mobile was everything to my mom,” her daughter, Tory, told CTV News.

“My mother was extremely curious, and she was very interested in every person she met and every idea that she came across so she was constantly reading, going to different shows and talks. [She] was frequently talking about people she met and their life stories, very curious, open minded. So for 90, she was exceptional.”

But the first wave of COVID-19 restrictions in March ended her daily walks, library visits and all the activities in her Toronto retirement home. Her daughter says they had plastic dividers in the dining rooms and supervised visits in the garden.

“She, almost overnight, went from a very active lifestyle to a very limited life, and they had, very early on, a complete two week confinement just to her room,” Tory said.

During those two weeks, since she couldn’t exercise by walking to the library or doing her own shopping, Russell would stand up and sit down, again and again in her room, counting the times, her daughter said.

“In that two weeks, all of us were phoning and she learned Zoom and got up to speed, but she felt extremely restricted, naturally, as did everybody.”

Tory said that her mother didn’t blame the care home in any way, and that she “fully understood why that rule had to be in place.”

Care homes were hit hard during the first wave of the pandemic — a report by the Canadian Institute for Health Information found that as of May 25, 80 per cent of the deaths in the country had been people in long-term care facilities and retirement homes.

More than 70 per cent of those who have died of COVID-19 in Canada are those over the age of 80.

“[My mother] understood the fragility of the people in the building and the importance of protecting them, so it was just a very difficult time,” Tory said.

It was during that more restricted, two-week confinement to Russell’s room that her family saw the decline.

“She was just drooping,” Tory said. “It was contact with people that was like food to her, it was like, oxygen. She would be just tired all the time because she was under stimulated.”

Russell had been a supporter of dying with dignity long before the pandemic, her family says.

“I do want to underscore the fact that she wanted medical assistance in dying at some point,” her daughter stressed. “And she had told her family doctor that, but the application was hastened by the impact of the lockdown measures.”

Tory said that Russell, still sharp at 90, had a clearer view of the future than many officials at the time, predicting early on in the pandemic that things would continue into 2021.

“She would always say, the COVID is in charge, you know, no matter what the politicians say, the virus is in charge,” Tory said. “That did hasten her desire to apply for medical assistance in dying, and another factor for her is the fact that medical assistance and dying legislation is a work in progress, and she wanted very much to be sure that she could apply while she had all her marbles, so to speak, so that she could provide that consent.”

The first doctor she applied to said no.

“My mom told me he said to her, you’ve got too much to live for,” Tory said.

In Canada, you do not need to have a fatal or terminal condition to apply for MAID, but you must have a serious condition, be in an advanced stage of irreversible decline, be experiencing mental of physical suffering that cannot be relieved and be at the point where “your natural death has become reasonably foreseeable,” according to Health Canada.

Russell bought new tablets and tried to prepare for winter, her daughter said. But her condition was steadily getting worse.

By the time she applied a second time, “more concrete medical health” issues had developed, her daughter said.

This time, doctors approved her. Russell would not have to go through another lockdown in her care home.

“She just truly did not believe that she wanted to try another one of those two-week confinements into her room,” her daughter said.

“I do appreciate that this family has come forward, especially when the balance of evidence out there actually says that these restrictions, in too many circumstances, are overly restrictive and actually causing unnecessary harm,” Sinha told CTV News.

Researchers have noted rising rates of loneliness and despondence among residents in in senior homes during COVID-19 lockdowns, something they call confinement syndrome.

“When you stick someone alone and deprive them of the usual things that bring them interest in joy, that can be an incredibly isolating, lonely, depressing experience,” Sinha said.

“And frankly, when you can’t look forward to getting out of your room, to having meals or doing activities with others, to even seeing your own families and loved ones, you can imagine for a person in the last few years of their life where these are the basic things that actually bring them joy and really defined what they would call their own quality of life, when you actually deprive a human being of these things, you can imagine that that can have significant psychological consequences that can really give people no real will to live anymore.”

“I would say it is an accelerator, not a cause for people’s MAID requests,” Dr. Susan Woolhouse, a member of the  Canadian Association of MAiD Assessors and Providers, told CTV News.

“They met the criteria and wanted MAID prior to lockdown but are choosing to die sooner than they would otherwise because the LTC and retirement lockdowns, particularly visitor restrictions, are so miserable.”

Adding to the complications is the fact that many care homes have seen a huge drop in staff, which can lead to even more health complications for seniors whose needs go ignored due to under staffing — an issue made even more frustrating if family caregivers who could assist with these needs are unable to visit, as was the case at many long-term care homes during the first wave.

“Frankly, we’ll find that a lot of the restrictions that are being put in place right now actually violate the rights of the residents themselves, their families, their substitute decision makers, and what really pains me is when I hear stories of people saying, ‘I’d just rather die,’” Sinha said.

Other jurisdictions, like the Netherlands, quickly recognized the decline in senior residents of long-term care homes, and found balance between precautions and allowing activities and family visits. After a pilot project allowing one visitor per resident at 26 nursing homes did not result in a single new case of COVID-19, the Netherlands officially allowed all nursing homes to adopt those guidelines across the country.

Similar measures are recommended now in Canada too, but doctors say many regions have not responded.

“The fact that there can be such a degree of collateral damage by simply isolating people to this extent, this is why I and others have been long advocating for finding a better balance, balancing visitor restrictions, but also the safety and well-being of residents as well,” Sinha said.

On Oct. 20, Nancy Russell died with her loved ones by her side, honouring her wish for a death on her own terms. Before her death, she spent eight days at the home of one of her children, while family members and friends visited in person or called and emailed. They played games and told stories in the backyard.

“Her facility was in full lockdown at that time,” her daughter said. “We would not have been able to visit her in her facility. She had to leave. And for a week, with all proper COVID [precautions], we visited.”

Even after she died, Russell made her voice and passion known; her obituary encourages all “to reflect and act to balance and repair the destructive impacts of extractive industries on water and the life it sustains by supporting practices of Indigenous Sovereignty,” and includes links to several Indigenous charities and movements.

“Ever adventurous, Nancy departed this world with her wits intact and her expansive curiosity tempered only by a willingness to let the mystery be,” the obituary states.

Her daughter said it was “definitely a very mixed feeling for everyone because we’re losing someone we love, and whose absence is going to be huge.”

But knowing it was her mother’s choice made all the difference.

“She was able to direct a peaceful, pain free death on her own time and avoid a great fear of hers, which was to endure winter and lockdowns.”

So far, there is little evidence of any family caregiver transmission of COVID-19 in long-term care homes, another reason that families believe their right to visit their loved ones should be preserved during any future lockdowns.

“I worry about seniors, I worry about families who feel helpless. I felt helpless and I believe some other members of my family did at times,” Tory said.