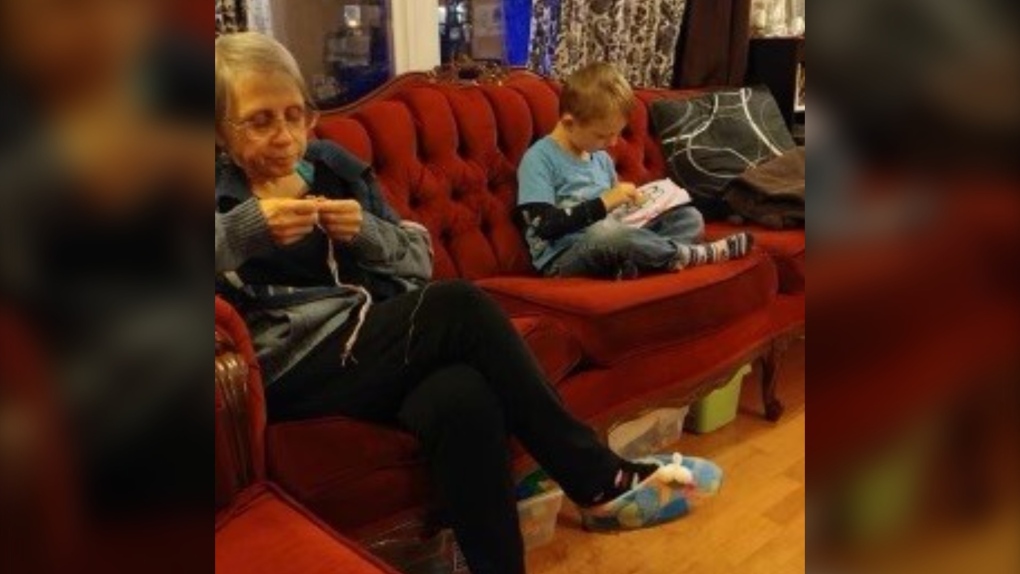 A Kamloops family is still in shock after the family matriarch went to hospital with stomach pain Tuesday and never came home. She died in the ER waiting room after waiting six hours without seeing a doctor.

Their tragic story comes as CTV News Vancouver has obtained internal documents outlining more surgical cancellations in Metro Vancouver, with critical COVID-19 patients – most of whom are unvaccinated – taking up hospital resources from others who need medical care.

On Tuesday evening, 70-year-old Susan Tasson went to Royal Inland Hospital in Kamloops with her eldest daughter, complaining of stomach pain. Staff triaged her and sent them to the waiting room, where Tasson fell asleep on her daughter’s shoulder; she never woke up.

“My sister’s still dealing with the trauma of it all because she didn’t expect to see her mother die in front of her,” said Cheri Witwiky, whose sister described people lined up and waiting in hallways as they waited six hours to see someone.

“Mom just put her head down on her shoulder and kind of rested for a minute … and she basically fell asleep and passed away while she was sitting there.”

Witwiky and the family praised the hospital staff for doing all they could in an overflowing hospital to try and revive Tasson, who died shortly before 2:30 a.m. Wednesday. The grandmother of three had been in generally good health and the family still doesn’t know why she died. They wish they’d had even a little time to say goodbye to the bubbly and energetic senior, who loved painting, needlepoint and family time in her golden years.

“This may not’ve happened if the health-care system had not been overburdened by a vast majority of people who are unvaccinated in the system,” Witwiky said.

The BC Coroners Service said it is investigating and provincial Health Minister Adrian Dix called a press conference in large part to address Tasson’s death, which sent shockwaves across the province.

“There is an automatic process of review in these circumstances and we can’t talk about individual cases, but we know about the impact on the lives of obviously everyone around that person and everyone who works in the ER, who work in a dedicated and diligent manner every day,” said Dix.

When asked whether he would send more resources to the beleaguered hospital, which has been dealing with a dire nursing shortage for weeks, Dix did not answer directly – nor would he confirm rumours in the community that there were only three nurses on shift Tuesday night when there should’ve been 24.

“We invested money, this year, a million dollars to increase staffing levels at Royal Inland Hospital and to address what’s a continuing challenge in the emergency room there,” he said. “We’ve added resources. Kamloops has been a priority.”

FRASER HEALTH QUIETLY POSPTPONING SURGERIES FOR THE NEXT MONTH

While health officials have announced surgical cancellations in previous waves of the pandemic, most recently in the spring, they have made vague references to “strain” on the medical system in the fourth wave and only acknowledged postponements of surgical procedures when prompted by reporters.

Interior Health has been cancelling surgeries for weeks, since infections first started surging in the summer. Now, CTV News has learned there are so may COVID-19 patients in the Lower Mainland that Fraser Health is scaling back elective surgeries at its three biggest hospitals for the next month.

“This postponement allows for inpatient and critical care bed capacity and/or staff to be reallocated to manage COVID-19 patients,” write the senior administrators in a memo to surgical staff dated Sept. 3.

“The impact of COVID-19 and hospital occupancy data will be closely monitored to inform escalation or de-escalation of impact to surgical slates.”

The memo writers encourage surgeons to prioritize emergency and urgent procedures, as well as cancer patients and patients who’ve been on their waiting lists the longest. Cardiac patients had already faced months-long delays in life-saving open-heart surgery, even before the fourth wave put a further strain on beleaguered hospital staff.