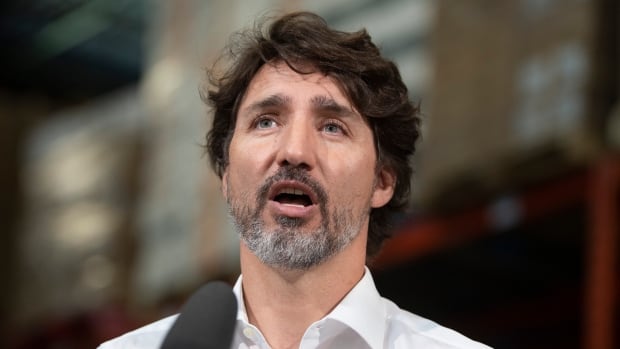 The federal government will provide $19 billion to the provinces and territories to help fund a “safe restart” of the Canadian economy, Prime Minister Justin Trudeau said today.

The money will focus on seven priority areas, including enhanced COVID-19 testing and contact tracing, the purchase of personal protective equipment (PPE) for front line workers and businesses, funding for municipalities for transit, a national sick leave plan and child care so that parents can get back to work.

Some of the money will go toward improving the state of long-term care, and to fund mental health services and tackle homelessness.

“COVID-19 isn’t just a health crisis. It’s an economic crisis, too,” Trudeau said at a press conference on Parliament Hill.

“When we talk about the recovery phase, it’s not just about making sure we can detect, control and prevent future outbreaks. It’s also about helping people, businesses and entire communities adjust to our new normal.”

The deal comes after weeks of at-times testy negotiations between the federal government and the provinces and territories. In those negotiations, which were led by Deputy Prime Minister Chrystia Freeland, the federal government wanted specific amounts earmarked for certain priorities, while the provinces wanted fewer strings attached to the funding.

Trudeau previously pledged $14 billion — but many premiers said that amount was not nearly enough to cover their needs.

The Canadian Federation of Municipalities said in April that cities alone are facing a $10 to $15 billion shortfall due to a loss of revenue from property taxes, utility charges and transit fees.

Trudeau also confirmed that the agreement to restrict travel across the Canada-U.S. border will be extended into August.