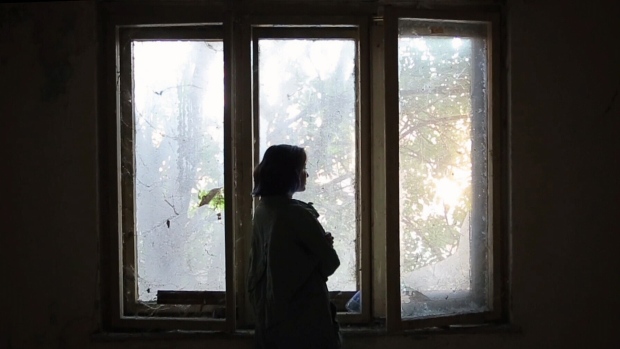 TORONTO — As Canada marks Suicide Prevention Day amid a pandemic that has magnified the mental health struggles of many across the country, the federal government has announced that they are investing in community programs to help marginalized communities, including Black Canadians, battle this hidden health crisis.

Around 4,000 people die by suicide in Canada every year. That’s nearly 11 people per day.

During the pandemic, things have only gotten worse. According to a press release from the federal government, the Canada’s Suicide Prevention Service responded to double the requests July compared to March.

In Alberta, a string of suicides over the past few months have rocked the city of Medicine Hat.

Pancoast lost her husband Ryan on July 31. She describes him as the life of the party, and a loving husband and devoted father to their two kids.

“Didn’t miss a single dance recital or competition,” she said.

But three years ago, he told his wife he was struggling with depression. And this year, it got even worse.

“He lost one of his close friends to suicide a couple months before he ended his life,” Pancoast told CTV News. “And I think that was a factor.”

The pandemic is only exacerbating these existing problems.

“We’ve seen the rates of suicide go up since the emergence of COVID-19,” Patty Hajdu, Minister of Health, said in a press conference. “People need more help and more support.”

The federal government has pledged $11.5 million to 32 community programs aimed at helping those in racialized communities who are disproportionately affected by COVID-19 and are already marginalized by the mental health care system.

“Many Canadians struggle with mental health issues, but certain groups of Canadians face unique challenges when it comes to mental health because of racism, discrimination, socio-economic status or social exclusion,” a press release on the funding states.

“The projects announced today will help Canadians maintain and improve their mental health, including groups who are disproportionally affected by COVID-19 like Black Canadians and those living in conditions that make them more at risk for mental health issues,” Hajdu said in the press release.

For those who battle with mental health, the support is appreciated, but advocates say more still could be done.

“These token investments are good,” Mark Henick told CTV News. “We will take them, but we need so much more.”

Henick struggled for years with mental illness. He was standing on the edge of a bridge, in a moment of crisis, when a stranger stopped to talk to him. It was a gesture that saved his life, he says.

“We need to get out ahead of this, which means teaching people [how to] name and identify their emotions, how to identify problems when they come up, and having comprehensive service programs to address those problems when they do arise,” said Henick.

For Jordan Pancoast, she hopes that speaking about her family’s story will convince someone to reach out for help instead of suffering in silence.

“Please, let us help you,” she said. “It does not make you weak. It makes you human just like the rest of us.”