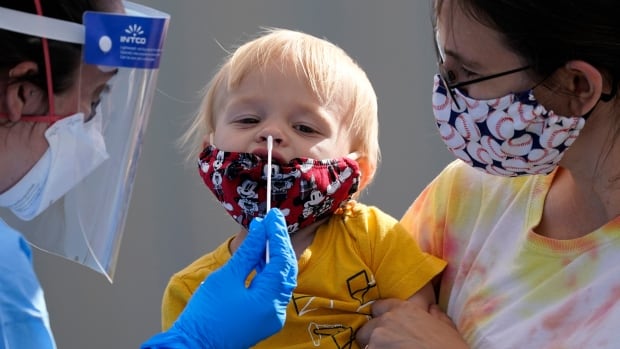 New research published in the Canadian Medical Association Journal (CMAJ) found that one-third of children who tested positive for the virus that causes COVID-19 had no symptoms, but in those that did, loss of taste/smell, headache, fever and nausea/vomiting were most strongly associated with positive cases.

Other flu-like symptoms — including cough, runny nose and sore throat — were the most prominent symptoms in positive cases, but the study suggests they couldn’t be used to accurately predict which cases were positive because they were also most prominent in cases that tested negative.

The study, published Monday, was by researchers at the University of Alberta who analyzed 2,463 test results from children in the province between April 13 to Sept. 30. They compared symptoms of those who tested positive (1,987) with those who tested negative (476).

Dr. Finlay McAlister, one of the authors of the study, says those symptoms were associated more with having coronavirus rather than some other virus.

He said cough, runny nose and sore throat were equally common symptoms in kids who didn’t have coronavirus but may have had another virus.

Symptoms of fever or chills, cough and runny nose in this study (19 to 26 per cent) were less frequent than in studies conducted in hospital settings. The authors of the study suggest that was because this was a community-based cohort and cases of disease were likely more mild than those seen in hospitals.