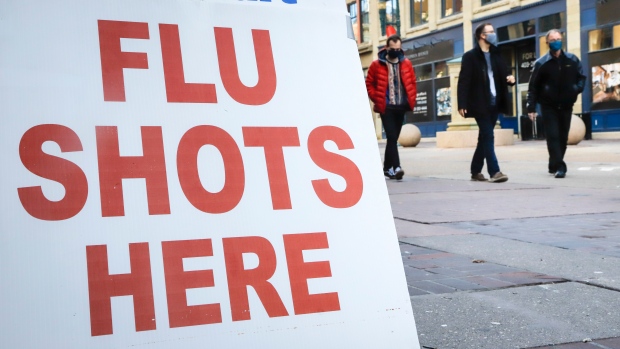 TORONTO — Early reports from public health show evidence that the number of Canadians testing positive for the influenza virus has shown a significant drop this year.

In the latest report released by the Public Health Agency of Canada, evidence of the virus has been “exceptionally” low this year when compared to previous flu seasons, despite increased testing.

The report sites fewer positive cases may be influenced by the COVID-19 pandemic and an overall change in the way Canadians seek healthcare and the impacts of public health measures, such as wearing masks.

More than 12,000 people participated in the study while only 34 participants reported symptoms such as a cough and fever.

Nine of the study’s most recent influenza detections reported this season were known to be associated with the vaccine itself, meaning it isn’t necessarily a representation of community circulation of seasonal influenza viruses.

Seasonal influenza circulation has remained low in Canada, and globally, during 2020.

“In Canada, at the national level, the influenza season typically starts around week 47 (mid-November) and is defined when at least 5 percent of influenza tests are positive and a minimum of 15 positive tests are observed nationally,” according to the report.