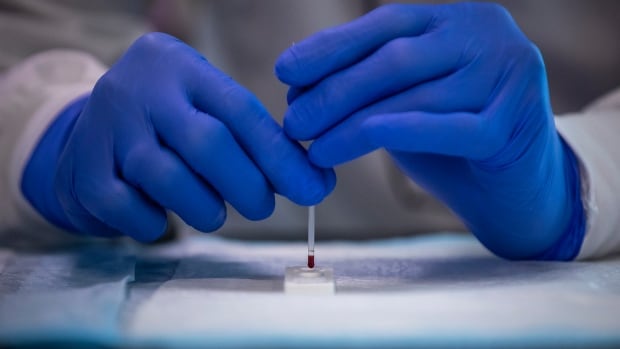 A new joint study from the University of British Columbia, the B.C. Centre for Disease Control, LifeLabs and public health scientists has found a low level of coronavirus infections through serology testing, adding to the evidence that British Columbians were able to successfully suppress community virus transmission throughout the early 2020 period.

The study, which has not been peer-reviewed, is the first in Canada to report estimates of coronavirus antibodies in the general population.

Using sero-prevalence research (looking for antibodies in the blood samples of a random group of people), it estimates less than one per cent of British Columbians were infected with coronavirus by the time first wave restrictions were eased in May.

It means around eight times more B.C. residents have been infected than the number of cases reported, the study authors estimate.

Health Minister Adrian Dix made some preliminary comments on the findings Wednesday afternoon, adding a full news conference on the study will take place Thursday morning.

Dix praised all British Columbians for their efforts in flattening the curve.

The study looked at samples taken in March and May from labs in the Lower Mainland where community cases of coronavirus were expected to be highest.

The paper noted that there were limitations in their analysis, pointing out that there is uncertainty in how long antibodies remain in the body after a coronavirus infection or whether those who are asymptomatic have them, which may lead to under-estimation of sero-prevalence.

Dr. Srinivas Murthy, an associate professor at the University of British Columbia, was not involved in the study but is a COVID investigator for the World Health Organization.

Murthy said the results were heartening.

“I’m heartened by the results in that we’re doing a good job, or have done a good job, over the past few months at reducing the community burden of infections,” Murthy said.

However, Murthy noted the results are sort of doubled-edged, as the low presence of antibodies in the population mean more people are vulnerable to any future spikes in coronavirus.

“We think that if you have antibodies, you will not be infected,” he said. “If, in fact, there is a low sero-prevalance of protective antibodies against [coronavirus] then that does leave us vulnerable to further infections.”

The researchers expect to continue studies using serology testing as the pandemic progresses.