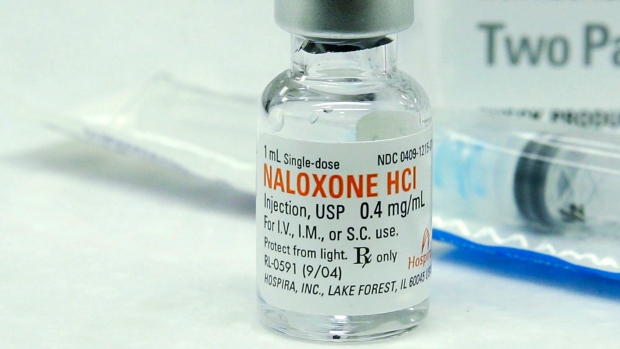 VANCOUVER — Paramedics revived five people in a Surrey home this weekend, after each of them overdosed from a toxic drug supply.

Surrey RCMP say that on Saturday, Oct. 17 just before 2 a.m., they got a call about a “gas leak” inside a home. When they arrived, they discovered that there was no gas leak, and that five people were unconscious due to drug overdoses.

“Luckily the quick response of the Surrey Fire Department, BC Ambulance Service and the Surrey RCMP resulted in all parties being revived and then transported to local area hospital for further treatment,” reads a news statement from Surrey RCMP.

“During the course of the investigation it was determined that there was no gas leak but all of the parties had consumed drugs and one by one they all overdosed,” continues the statement.

B.C. is in an ongoing overdose crisis and the street drug supply has become even more toxic during the pandemic because the closure of several international borders has disrupted the flow of the drug supply.

Surrey RCMP say that anyone noticing signs of an overdose in another person should call in for medical help immediately.

Under a special B.C. good samaritan law, a person who calls 9-1-1 when someone is overdosing will not be charged for drug possession.

“This means a person can’t be charged or arrested for carrying illegal drugs for their own personal use,” reads the rules stated on the B.C. government website.

RCMP say no drugs were found on site when they attended the scene, so they do not know what substances were in them.

“At the time of attendance, no drugs were located so it is not known what was consumed but as British Columbia Ambulance Service paramedics had to use upwards of 4 doses of Narcan on each party, it is believed to be a highly concentrated batch.”

Officials are also reminding people who use drugs to never take them alone or unsupervised, and to ensure that there are naloxone or Narcan kits on hand to help reverse an overdose if it’s happening.