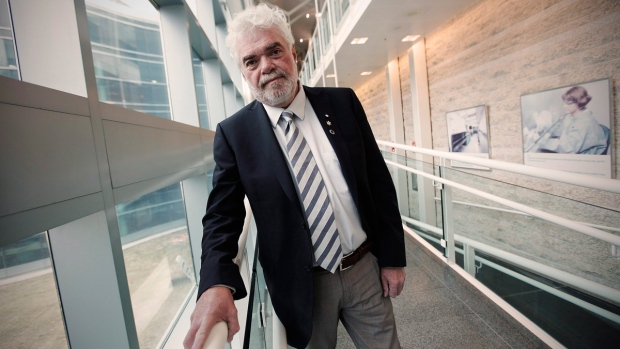 WINNIPEG — Dr. Frank Plummer, the former scientific director of Canada’s National Microbiology Lab in Winnipeg, is being mourned as a “maverick.”

Canada’s chief public health officer described Plummer’s death as “sudden” in a statement where she referred to him as her mentor.

“He was a scientific maverick who helped set up and make PHAC’s National Microbiology Laboratory a world class institution. He made outstanding contributions to public health, both through his research and his leadership,” said Dr. Theresa Tam, chief public health officer.

The University of Manitoba, where Plummer was a distinguished professor of microbiology and former Canada Research Chair in Resistance and Susceptibility to Infections, also put out a statement about Plummer, describing the “tremendous impact” his work had on global public health.

In December, Plummer shared details of a personal battle with alcoholism, after undergoing experimental brain surgery to treat it.

This story will be updated with further details.