TORONTO — After years of suffering unexplained pain, Mandie Brooks discovered, to her horror, that she had a broken needle lodged in her hip — presumably left there after a surgery.

She is just one victim of an alleged medical error, something advocates say is a bigger problem than many know.

In the wake of a W5 investigation into medical errors last month, more Canadians have come forward with harrowing stories of how a medical error changed their life.

The mistakes account for thousands of deaths yearly and thousands more people left injured. And often it is an uphill battle to get justice or sue doctors at fault.

For Brooks, it all started sometime in 2017. She had mysterious pain that would not go away. At first, she thought it might stem from herniated discs in her back.

“I had numerous X-rays and CT scans on my abdomen and pelvis over the last few years, and everyone just kept telling me that everything is fine,” Brooks said. “All the doctors that I saw said ‘everything’s fine, you’re normal’.”

But the pain persisted. And so in March 2021, the 39-year-old British Columbia school administrator went to a hospital ER in the Fraser Valley and received another X-ray. When she contacted the hospital to get her records, she said she was “horrified” at what she saw in the X-ray image.

In an email to CTV News, she described how doctors were shocked, and ordered more X-rays to confirm. When those doctors looked through past records, she said, they found that the broken needle had been visible in X-rays since 2017. It was lodged in her hip, close to the femoral bone and artery.

The radiology report referred to the broken needle as a “metallic density.”

“I think it’s shocking and frightening that something like that could be missed by multiple radiologists at multiple hospitals,” Brooks said. “I was able to spot it immediately when I saw the images for myself.”

So where did the needle come from?

Brooks suspects it occurred during a surgery in 2017. She does not remember receiving a shot, but was in hospital for three days, and theorizes that a nurse or doctor had given her a shot for the pain.

She has an appointment to see a surgeon next week to discuss removing the broken needle from her body.

“I already suffer from severe health anxiety already due to multiple herniated discs, and this has added another layer of fear and stress to my daily life, putting my health and career in jeopardy,” she said.

WHAT RECOURSE DOES A PATIENT HAVE?

For some Canadians who have been the victim of a medical error, the change in their lives can be overnight.

A hernia repair was the reason Joanne Black was in hospital in Edmonton in September 2013, but she says a medical mistake changed her life forever.

She says she was discharged from the hospital too soon. The morning after her surgery, she tried to drink something.

“And I couldn’t swallow anything,” she said. “Nothing went down.” 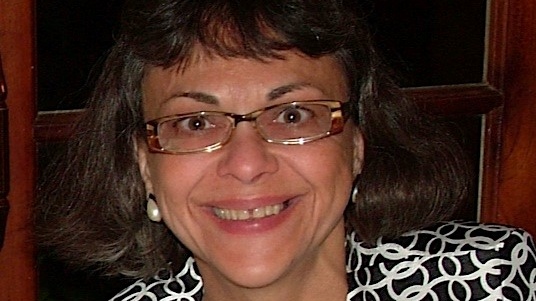 The 65-year-old said doctors told her that she would be fine in a few days. But 13 days after the surgery, she “started throwing up black.”

Another doctor she went to said that they did not want to get involved in another surgeon’s error, she said, and so she had to make an appointment with the same surgeon to attempt to fix the problem.

But she ended up spending another five months in hospital “with a lot of additional medical injuries.”

She says another gastroenterologist (sometimes called a GI doctor) told her what happened during her operation was that somehow her vagus nerve — responsible for regulating internal organs — was cut, leaving her unable to eat on her own.

“It was devastating,” Black said.

“I was connected to a pump and a feeding tube for 10 hours a day. I had no social life.”

Despite seeing scores of specialists, Black says doctors were unwilling to take on her case. She finally went to the U.S. for help, a move that put her in debt.

“What I really have a problem with is what happens when you have such a medical error,” she said. “And there isn’t anybody willing to address the problem. What do you do about the problem once it happens — that was my biggest issue.”

Patients like Black and Brooks are part of a larger group of Canadians who came forward after W5 aired a story on medical errors in Canada, says activist and former nurse Teri McGrath.

“There’s a few who had surgeries, and they didn’t need them,” McGrath said. “I have just recently connected with a lady who had an amputation and she did not sign for it.”

She says because medical error cases are almost impossible to win, patients who have had their lives destroyed have very little recourse.

Often lawyers don’t want to take the cases on the first place. If they do, they have to go up against the Canadian Medical Protective Association (CMPA), the organization that offers doctors legal support. CMPA has a $5 billion war chest to fight claims, all funded by tax dollars.

How it works is that doctors pay dues to be members of the CMPA, and then provinces pay those doctors up to 90 per cent of those dues back.

When CTV News reached out to the CMPA for a statement, it responded with a description of the services they provide, saying they “financially support patients proven to have been harmed by negligent care,” and “support the professional integrity of doctors who experience medico-legal complaints by offering advice, education, and legal support.”

In 2019, “patients received $225 million in compensation from the CMPA,” the statement said.

McGrath said it was “ironic” to her that CMPA’s lawyers are indirectly paid for by taxpayers, but the average taxpayer cannot afford to fight these lawyers on their own.

“When you’re asking $500 an hour to defend a patient, and […] it may go on for eight to 15 years, as some lawyers have indicated — nobody can afford that,” she said.

Erik Knutsen, a law professor at Queen’s University, told CTV News that “it takes a lot of money to bankroll helping someone to sue in a medical error setting,” saying it could be $100,000 to $200,000, or even more, just to take a case to trial.

Brooks said she has looked into legal options, but became discouraged.

“I did contact several legal firms to see, just to get an opinion, because I think […] there’s just so many levels of negligence here that I just want someone to be accountable for it,” Brooks said, emphasizing that she wasn’t motivated by money.

“However what I’m hearing from the legal side is that unless it’s a severe bodily harm or disabling issue, that there’s not a lot of gain in it for that.”

She feels let down by the system.

‘I DON’T WANT TO SEE THIS HAPPENING TO OTHER PEOPLE’

It’s a feeling that Clayton Malanowich is familiar with.

In 2016, Malanowich was a healthy 49-year-old. But then he was diagnosed and treated for a retinal tear — a tear that subsequent specialists have said he did not actually have.

He says it left him with extreme eye pain, unable to work or even walk outside without specially made sunglasses.

The pain lasts from the moment he wakes up to when he goes to bed, he told CTV News.

“You get up again and it’s just, it’s debilitating,” he said. 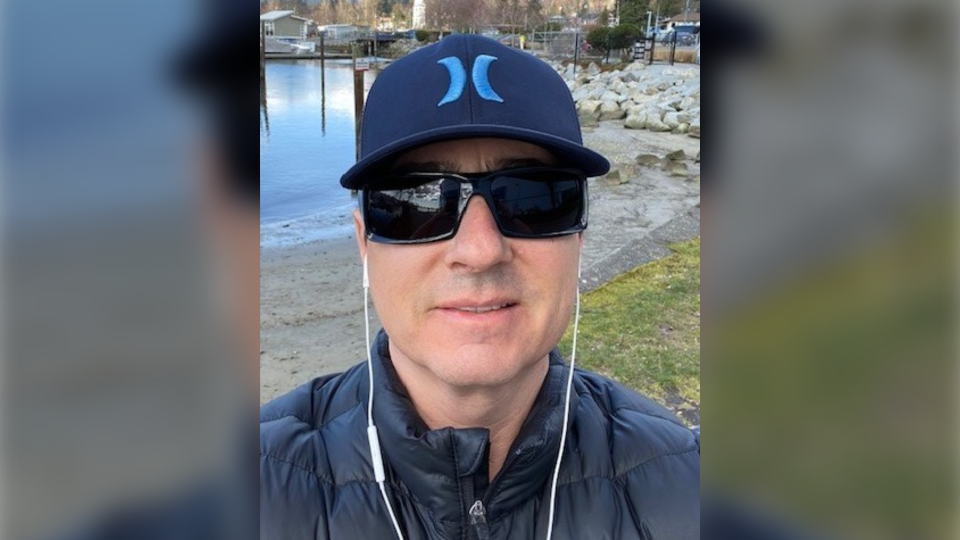 He says it impacted his mental health and reduced his ability to work. He hung blackout blinds everywhere in his home, but even the slivers of sunshine that make it through have the power to irritate his eyes.

He moved to Vancouver in the winter to take advantage of the overcast skies.

“[I am one] of the few people that moved here for the rain, I think,” he said.

Regarding the medical error that changed his life, he said “it would be nice to have an apology, […] and ultimately, some kind of justice.

“And in addition to that, I don’t want to see this happening to other people.”

He has seen 30 doctors and some 20 lawyers. All refused to take his case because the odds of winning were slim, he says.

Now he is forced to represent himself.

“It was disheartening because I kept thinking, I don’t have a case,” he said. “But that’s not the reality of it is, the reality is, I didn’t meet the criteria, which basically comes down to economics.”

He said the point isn’t to demonize doctors, but to get justice when there is a mistake that severely affects a patient.

“I just think Canadians are being failed at all levels,” he said. “It seems crazy to me that there is no avenues for justice.”

Advocates and those who have been wronged are calling for a fairer system that would give those injured by medical error automatic compensation, like in other countries.

But until things change, it seems Canadians will be left to fight alone when something goes wrong in the operating room.

The Canadian Medical Protective Association (CMPA) is an integral part of the multifaceted Canadian healthcare system.

The CMPA is uniquely placed to use our data, research, education and peer support capacity to prevent patient harm. Our team of experienced doctors answer calls and advise members on how to handle specific challenges in their practice.

Each year, the CMPA handles over 25,000 advice and assistance calls from doctors. These calls can be about patient safety concerns, complaints that were made about a doctor’s care, or civil legal actions.

Money held by the CMPA is used for 2 key purposes:

In 2019, patients received $225 million in compensation from the CMPA. We work hard to ensure money is available for patients harmed by negligent care, no matter when the negligent care occurred, even if the care occurred 20 years ago. These funds provide compensation to patients and families in an amount appropriate for their needs, which can be long term over decades.

The CMPA is a not-for-profit organization. The CMPA is not funded by taxpayers.

As one of Canada’s largest providers of continuing medical education, the CMPA delivers learning that has a tangible impact on patient safety for Canadians. For example, we train doctors on how to communicate with patients before surgery, how to safely provide care over the phone during COVID-19, and we help them develop stronger systems to follow up on patients’ test results. In providing evidence-based learning, we proactively enhance patient safety and help physicians prevent patient harm.