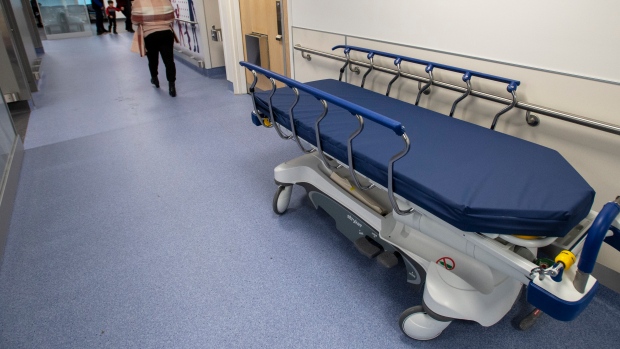 NORTH BAY — A new analysis of the gout drug colchicine has found no evidence that it lessens the severity of COVID-19 or cuts the risk of death from infection in hospitalized patients.

In turn, the analysis found the drug is associated with a high risk of side effects, namely diarrhea.

The analysis, published in the open access journal RMD Open, looked at available evidence for the use of colchicine, a cheap anti-inflammatory drug normally used to treat gout, to treat COVID-19.

Early observational studies had suggested colchicine may be a useful addition to available COVID-19 treatments, a news release said Monday. The researchers looked through research databases for relevant comparative clinical trial data on the use of the drug for the treatment of COVID-19 published up to July 2021 to clarify its safety and effectiveness.

“Colchicine does not reduce the risk of mortality, need for ventilatory support, intensive care unit admission or length of hospital stay among patients with COVID-19. There is no additional benefit of adding colchicine to supportive care in the management of patients with COVID-19,” the researchers concluded.

The researchers found patients taking colchicine also had a 58 per cent higher rate of side effects and nearly double the risk of diarrhea than those given supportive care.

They said their findings should be interpreted cautiously due to the inclusion of open labelled randomized clinical trials — an open label study is when both the researcher and participant know the drug or treatment being given. As well, they say their analysis was based on a small number of randomized controlled trials in control interventions.

Observational studies, laboratory studies, animal studies and studies with fewer than 10 participants were all excluded. Out of 69 full texts, six randomized controlled trials involving 16,148 patients with varying degrees of severity of COVID-19 were included in the analysis.

In March 2020, during the early months of the COVID-19 pandemic, a team of Canadian researchers, led by director of the Montreal Heart Institute (MHI) Jean-Claude Tardif, announced it had launched a study into the use of colchicine to reduce the risks of pulmonary complications and death related to the coronavirus.

In January 2021, the MHI announced that clinical trials had shown “persuasive results” of the efficacy of colchicine to treat COVID-19, calling it a “major scientific discovery.”

However, CTV Montreal reported that many scientists have criticized the research as overstating the benefits of colchicine.

The results were later published in The Lancet Respiratory Medicine. A statement released in May by the MHI said the article concluded that “given the lack of oral therapies available to prevent COVID-19 complications among non-hospitalized patients and the observed benefit of colchicine in patients with a PCR-confirmed diagnosis of COVID-19, this anti-inflammatory drug could be considered as a treatment for those at risk of complications.”