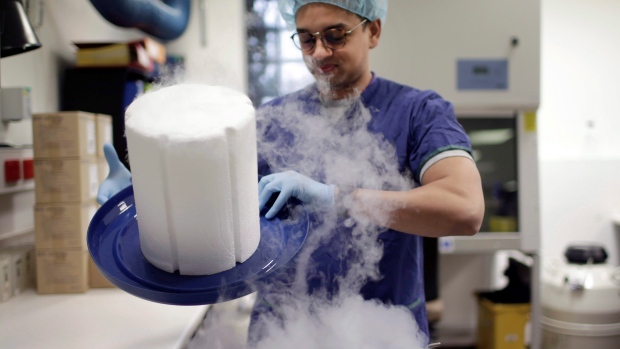 TORONTO — As Canadian firms struggle to fill job vacancies, one advocacy group is calling on companies to increase their benefits coverage to include fertility treatments.

A recent survey from the Business Development Bank of Canada found that 55 per cent of Canadian small and medium-sized employers are struggling to hire the workers they need. The survey also found that more than 26 per cent are having a hard time retaining their staff.

According to the survey, which also polled employees, a desire for higher wages was the primary reason workers planned to change jobs in the next year, followed by increased benefits.

Tara Wood, board president of the advocacy group Conceivable Dreams, says now, amid the “great resignation,” is the “perfect time” for society to be having discussions on what kinds of fertility benefits employers can offer their workers.

“COVID has shown us that there’s a different way to live,” she told CTVNews.ca in a phone interview. “People are looking for their employers to step up.”

Fertility benefits can cover a wide range of treatments, including procedures, such as intrauterine insemination (IUI), in vitro fertilization (IVF), testing and egg freezing, as well as the cost of fertility drugs.

The cost of treatments can range from an average $400 per year for egg, sperm or embryo storage to up to $20,000 per cycle of IVF. Infertility affects one in six Canadian couples, a number that has doubled since the 1980s, according to the Public Health Agency of Canada.

While there has been an increase in the number of American companies offering fertility coverage in their health-care plans, Canadian companies have been slower to adapt, says Wood.

“I started meeting with employers last year,” Wood said. “There’s certainly appetite (for providing fertility benefits), but there’s a big difference between saying these policies make sense and actually doing it. Talking about doing it and actually doing it are two different things, and very few are doing it in Canada right now.”

Earlier this year, Conceivable Dreams released the findings of a study that reviewed employer benefit plans in Canada. The review included a sample of small to large employers, across all provinces and in all industries. The study found that the majority of Canadian employers do not offer any fertility benefits.

Of those companies that did offer fertility benefits, the average lifetime coverage was $3,250. As well, only five per cent provided coverage for both fertility drugs and the costs of fertility procedures, the study found.

Aside from helping out employees with the financial cost of infertility, providing fertility benefits shows employees that companies are “walking the talk” when it comes to creating inclusive policies, says Woods.

Fertility for most women starts to decline in their 30s, which often forces women to make a choice mid-career between starting a family or continuing on their career path.

“If an employer is truly dedicated to gender equity within their organizations, these types of benefits, are really important, because it allows people to choose when they want to have a family,” Wood said.

“When we have options like egg freezing (coverage), which allows that couple to have that child five, six years down the road, that’s a huge benefit.”

Fertility benefits that cover a range of treatments would also help LGBTQ2S+ couples who are looking to have a child, as well as lower-income families or single people who may not have the financial means to pursue fertility treatments, she added. “We all need to play a role in making fertility more accessible.”

While employers may have concerns about increasing the price of their benefit plans, adding fertility coverage doesn’t have to substantially add to your bottom line, says Yafa Sakkejha, CEO of Beneplan.

Beneplan, which is an intermediary between employers and insurance companies, recently introduced a new series of “minimum health standards” to all their benefit plans, including coverage of $2,500 per lifetime for fertility drugs.

Sakkejha said her underwriters found that offering $2,500 in fertility coverage, resulted in an increase in the health premium by less than one per cent. She said since making the addition to the plans, over 90 per cent of her clients are choosing to renew it, with both management and HR departments getting on board.

“This is win-win-win,” Sakkejha told CTVNews.ca, noting that it a step in the right direction. “We’re starting to inch towards better coverage.”