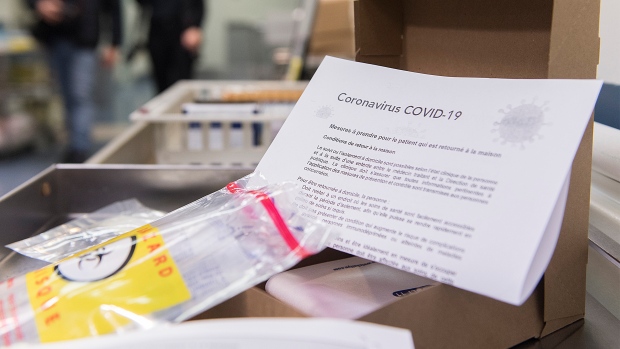 TORONTO — With COVID-19 cases mounting across the country, a growing number of Canadian doctors are urging the federal government to adopt more aggressive measures to contain the spread of the virus.

“The longer you wait to discourage mass gatherings, the faster this is going to hit us,” wrote Dr. David Juurlink in a Twitter post Thursday.

Federal health officials have not called for mass event cancellations, instead offering a more measured response — directing Canadiansto their website, where event organizers are advised to consult with public health authorities.

Dr. David Jurrlink, a physician at Toronto’s Sunnybrook Health Sciences Centre, says the approach will be a disaster for health-care workers.

Dr. Yoni Freedhoff a professor of medicine at the University of Ottawa, calls the approach a “horrible decision.”

“This decision will kill people. Lots of people. Full stop,” he wrote on Twitter.

In the absence of a federal action, provincial governments are making their own plans. Ontario has closed all publicly funded schools starting today until April 5.

Quebec announced a ban of gatherings of more than 250 people and is cancelling “non-essential events.” Quebec Premier Francois Legault will be closing arenas, libraries and sports facilities to curb the spread of the virus. Alberta’s government is suspending tours and public events. General access to the legislative building will be restricted.

But more must be done in every province and territory across the country to curb the surge of new infections, say physicians.

A group representing more than 2,300 front-line physicians issued a press release Thursday, demanding Ottawa follow the lead of countries like Singapore and Denmark, that took aggressive measures to stop people from gathering.

Drummond says hospitals are already full yet public health officials say there is “surge capacity” in the hospital system to deal with COVID-19 pneumonia cases.

“There isn’t surge capacity,” he said. “We wonder where these beds will magically appear from.”

Italian radiologist Dr. Pierpaolo Pattacini has been documenting the cases of COVID-19 pneumonia from his hospital in Santa Maria Nuova in Reggio Emilia, Italy.

He says his hospital, which has 1,000 beds full of sick and dying patients is n looking for an additional 500 to deal with the hundreds of patients that arrive daily.

“I think this is a dramatic situation. We have a lot of patients that every day come into the hospital,” he said in a Facetime interview with CTV News.

Canada must take dramatic steps to stem the virus spread or else hospitals could see ICUs overwhelmed with people suffering from COVID-19 pneumonia in a short period of time, he added.

No one knows exactly how the COVID-19 pandemic will unfold across Canada, but Dr. Michael Gardam, the chief of staff of Humber River Hospital, told CTV News Wednesday that measures need to come now because we may be running out of time.

“I think we all believe we have a level of community spread. And remember community spread is not linear, it’s exponential, so it seems quiet now, but every day that goes by it’s increasing like this. And I think we need to be very mindful of that,” said Gardam.