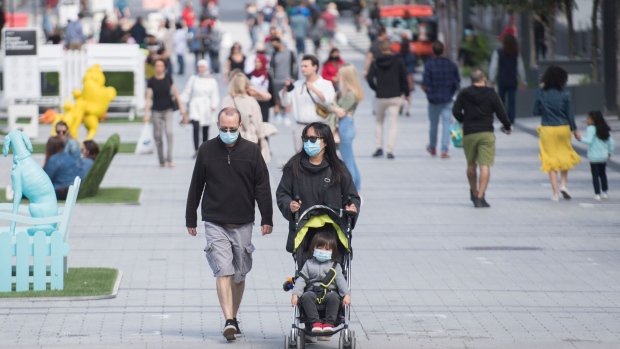 OTTAWA — A new review by the Public Health Agency of Canada says more than half of COVID-19 patients might suffer from post-COVID syndrome for more than three months after testing positive.

The review looked at more than two dozen studies from around the world in which confirmed COVID-19 patients were asked to report the existence of at least one long-term symptom.

Initial findings suggest more than eight in 10 people had at least one long-term symptom that affected their normal activities four to 12 weeks after diagnosis, and more than half reported lingering symptoms after 12 weeks.

Chief public health officer Dr. Theresa Tam says in a statement that while most people will fully recover from COVID-19 within weeks, what is known as “long COVID” can affect people across all age groups no matter how sick they got at first.

In the early months of the pandemic, patients reporting lengthy symptoms following COVID-19 began to refer to themselves as “long haulers” and medical experts were scrambling to explain why some people couldn’t shake the symptoms even months after their bodies had cleared the virus.

NHL player Jonathan Toews recently went public with his long-COVID illness, describing intense fatigue, bloating and shortness of breath that left the 33-year-old Chicago Blackhawks centre unable to even get out of bed some days.

Toews missed the entire 2021 season due to an illness not identified until last week as “chronic immune response syndrome.”

It’s believed it was triggered in part by a COVID-19 infection in February 2020.

The Canadian review says about one million people in the United States and another one million in the U.K. are reporting long-hauler-like symptoms.

“The burden of these conditions will likewise be great in Canada and will have serious ramifications on health care utilization and workforce productivity,” the report says. “A good understanding of the prevalence of these conditions, its effects on COVID-19 survivors, and its resolution over time is important to address this issue.”

Other common symptoms reported four to 12 weeks after diagnosis include sleep disturbances, anxiety and a nagging cough. After 12 weeks, most symptoms except fatigue diminished in frequency.

The study said almost one-third of patients said they couldn’t fully return to work between four and 12 weeks after getting COVID-19, while about 10 per cent said they still couldn’t return to work 12 weeks or more after diagnosis.

The study notes some potential weaknesses in the data because of self-reporting of conditions, a bias in the selection of patients involved in the studies, and a lack of knowledge of what pre-existing conditions patients might have had before they got COVID-19.

This report by The Canadian Press was first published July 7, 2021.