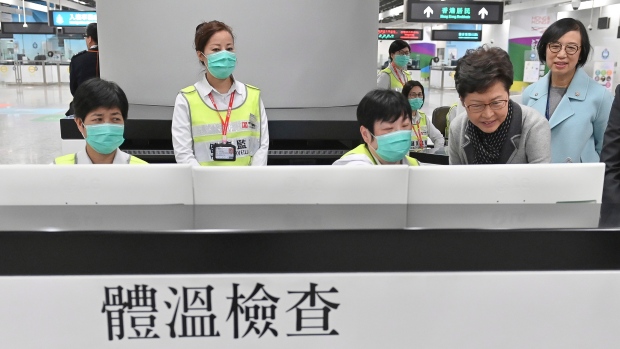 TORONTO — Health Canada is warning travellers to China to avoid contact with animals after a mysterious form of pneumonia of unknown origins sickened dozens of people and left some in critical condition.

Little is known about the viral illness, which was first reported last week in Wuhan, a city in central China, and has since spread to at least 59 cases. Seven patients remain in critical condition.

Chinese authorities say tests so far suggest the disease is not similar to any known virus and does not resemble bird flu, which is spread through birds and considered a potential public health threat.

Many of those currently in hospital with the mysterious pneumonia were dealers or vendors at the Huanan Seafood Market, which was shut down on Jan. 1 for disinfection.

The outbreak also comes just two weeks before China celebrates its new year – usually a busy time for travel. The timing puts added pressure on scientists to answer several key questions, such as how the disease is spread.

“There has been no evidence to date that this illness, whatever it’s caused by, is spread easily from person to person,” said Dr. Tam, who added that no health care workers caring for the patients have become ill — a positive sign.

Still, travellers from Wuhan are being screened at airports in China and nearby South Korea, Taiwan and Singapore

Doctors in China have also been ordered to report any suspected cases. These patients will be quickly quarantined, said Carrie Lam, chief executive of Hong Kong.

The unidentified pneumonia is triggering unease because despite rapid tests to identify new pathogens there is no confirmed source.

Dr. Neil Rau, an infectious disease specialist and assistant professor at the University of Toronto, said the lack of answers “makes this story feel mysterious, and makes us think a little bit about 2003 when SARS was an unknown illness.”

At the time, China kept the outbreak under wraps and didn’t share information to help other countries pinpoint potentially infected travellers.

Steps are already being taken in British Columbia to prepare in the event that the disease spreads overseas to Canada.

“We want to be on guard, prepared in case this turns out to be something that is imported,” said Danuta Skowronski, the epidemiology lead of influenza and emerging respiratory pathogens at the BC Centre for Disease Control.

Health Canada advises travellers to Wuhan to avoid “high-risk areas” such as farms, live animal markets and any areas where animals may be slaughtered. Any contact with animals alive or dead, including pigs, ducks, chickens and wild birds, is discouraged.

Officials also say travellers should avoid any surfaces with animal droppings or secretions.

Travellers who fall ill are urged to seek immediate medical attention and avoid contact with others. Proper hand-washing under warm, running water for at least 20 seconds is advised.