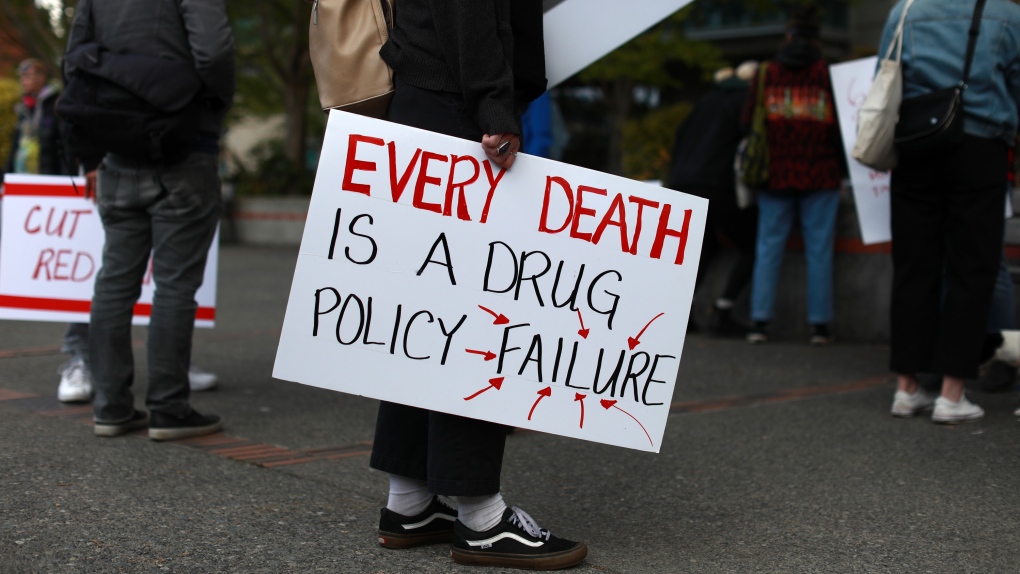 The federal government has announced that starting early next year, British Columbia will be the first province in Canada to decriminalize possession of small amounts of illicit drugs for personal use.

The decision comes after the B.C. government requested an exemption under the federal Controlled Drugs and Subtances Act, which makes it an offence to possess most illicit substances even in small amounts.

Starting Jan. 31, 2023, B.C. adults found to be carrying up to 2.5 grams of certain drugs including opioids, cocaine and methamphetamine will not be subject to arrest or charges, and the drugs won’t be seized.

Instead, police will provide information on available services and if requested, support in connecting with those services.

“Decriminalizing the simple possession of drugs is a historic, brave and groundbreaking step in the fight to save lives. It marks a fundamental re-thinking of drug policy that favours health-care over handcuffs,” said Vancouver Mayor Kennedy Stewart.

Provincial health officer Dr. Bonnie Henry has been a longtime advocate of decriminalization.

“Today is a very important day. It is hard to believe that we have actually gotten here,” said Henry.

While the possession for personal use law was rarely enforced by police, Henry says the exemption is less about legal consequences than reducing stigma and shame around illicit drug use.

B.C.’s minister of mental health and addiction, Sheila Malcolmson, said stigma and secrecy about substance use kills. “Shame and fear keep people from accessing the care that they need, and fear of being criminalization has led many people to hide their addiction and use drugs alone. And using alone can mean dying alone,” she said.

The province had requested a 4.5-gram personal use exemption from the federal government. The co-founder of Moms Stop the Harm, Leslie McBain, is concerned the cumulative 2.5 grams of illicit drugs that will be allowed isn’t enough for some addicts who use more than that per day.

“The more times you have to access this illicit supply, the more chances you have of having an overdose or death. So that’s why 2.5 grams is not practical, it is not what people who use drugs need to hear,” said McBain.

She does agree it will reduce the stigma around drug use. But McBain believes the key to reducing deaths is a safe, regulated supply.

“Decriminalization is a step to getting there, but in and of itself it will not save lives,” said McBain who lost her son Jordan to an overdose in 2014. Illicit drugs have become much more lethal since then. “We are losing our loved ones at rates that are almost beyond belief,“ she said.

The personal use exemption applies to all adults 18 years and older within the jurisdictional boundaries of B.C., except on elementary and secondary school grounds, on the premises of licensed child care families, in airports, and on Canadian Coast Guard vessels and helicopters.

Health Canada says the province of B.C. will use the eight months leading up to the start of the exemption to speak to impacted groups and train law enforcement.

Possession for the purpose of trafficking, production or export of any of the drugs listed under the exemption is still illegal, no matter the amount.