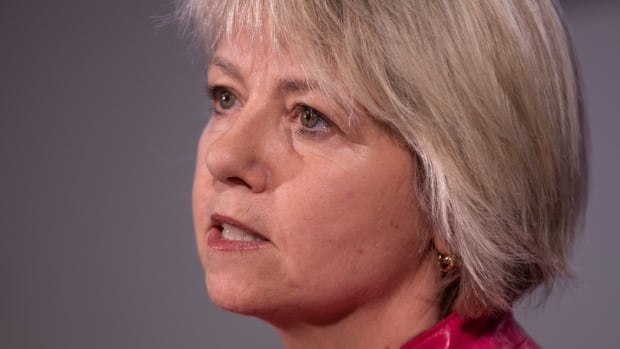 Health officials are “confident” the first case of novel coronavirus has been found in B.C.

Provincial health officer Dr. Bonnie Henry said Tuesday a man in his 40s who regularly travels to China for work tested positive for the virus late Monday. The man lives in the Vancouver Coastal Health region and is recovering at home in isolation, Henry said.

The case is officially considered “presumptive” until Winnipeg’s National Microbiology Lab confirms the results from the B.C. Centre for Disease Control (BCCDC). That process can take up to 48 hours, but Henry said officials on the West Coast are certain about the case.

“We are confident that this is truly a case of this novel coronavirus,” Henry said during a news conference Tuesday morning.

A joint statement from the ministry of health and the BCCDC said the risk of spread of the illness “remains low at this time.

“All necessary precautions are being taken to prevent the spread of infection,” it read.

The health officer said the man was in the city of Wuhan on his most recent trip to China and arrived back in Vancouver last week. His symptoms did not begin until more than 24 hours after his return.

“He did not go out because he was concerned,” Henry said. “When he had his onset of symptoms, he called ahead and went to a clinic for assessment.

“He was very conscious about this,” she added.

The statement said the man contacted health-care officials on Sunday, and the BCCDC ran its own recently developed diagnostic test for the virus — named 2019nCoV. The test came back positive late Monday night.

Henry said health-care officials are following up with the man “multiple times a day” to ensure he stays in isolation. She said his small circle of family contacts has not had symptoms.

Coronavirus, a flu-like virus, broke out in the central Chinese city of Wuhan last month. It has killed 106 people and infected more than 4,500 others. Canada’s first case was confirmed in Ontario this week.

Henry said the BCCDC and other health officials in B.C. had been preparing for a positive test result for some time.

“This first case is not unexpected to us,” she told reporters Tuesday. “I would have been surprised if we did not have at least one or two cases.”

The majority of coronavirus cases worldwide have been linked to people who have been in the city of Wuhan. Residents of B.C. who may have been exposed to coronavirus — or who are experiencing symptoms associated with the disease, such as a fever and cough — are asked to call their doctor, local health office or 811.