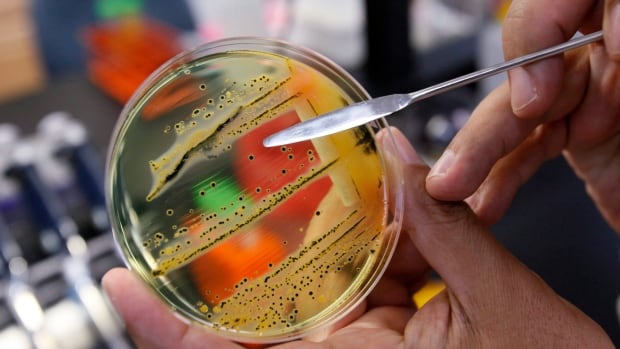 The Public Health Agency of Canada says it is investigating an outbreak of salmonella in Western Canada after at least 46 people became ill from the bacteria.

In a news release on Friday, the agency said the illnesses happened in British Columbia, Alberta, Saskatchewan and Manitoba. There was also one case in Ontario, but it was linked to travel from Alberta.

Three people have been hospitalized and no deaths have been reported, according to the release.

The agency said “many” of the people who got sick reported eating fresh produce before they became ill, but more information is needed to determine the source. The outbreak appears to be ongoing as illnesses continue to be reported, it said.

Anyone can become sick with salmonella, but young children, the elderly, pregnant women or people with weakened immune systems are at higher risk.

“It is difficult to know whether a product is contaminated with salmonella because you can’t see, smell or taste it,” the public health agency said.