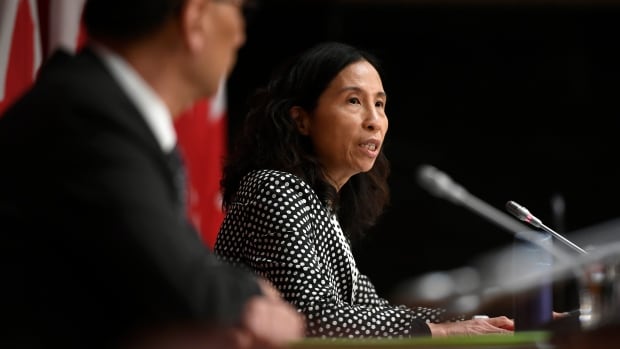 Canada’s top doctors say they’re striving for a best-case scenario but preparing for the worst: a so-called “fall peak” of COVID-19 cases across the country.

Public Health Agency of Canada (PHAC) documents show officials are aiming for a “slow burn” scenario, in which the number of cases remains low, so that the public health-care system can deal with the influx of patients. But officials are also planning for a “reasonable worst-case scenario,” where a fall spike in infections is followed by ongoing peaks and valleys, putting excessive demands on the health system.

The number of new cases reported daily has increased in recent weeks, with the highest rate of infection among people aged 20-39 years old.

As businesses and schools reopen and more people return to the workplace, Tam stressed that Canadians must be vigilant in following public health guidelines to avoid a major rebound.

The majority of cases have been reported in Ontario and Quebec, while Nunavut has not recorded a single case.

Today’s modelling information is not intended to predict what will happen, but to provide a snapshot of what could happen in certain scenarios.

It comes as anxiety increases about potential outbreaks as students return to classrooms in the coming weeks.

British Columbia released its own modelling Thursday, showing the province’s COVID-19 curve is now climbing at a higher rate than the initial outbreak in March, and suggesting a second wave could be bigger than the first by September.

Canada’s top doctor has said while Canada has been successful at slowing the spread of COVID-19, there could be a resurgence if Canadians don’t strictly follow public health guidelines on physical distancing, hand-washing and limiting mass gatherings.