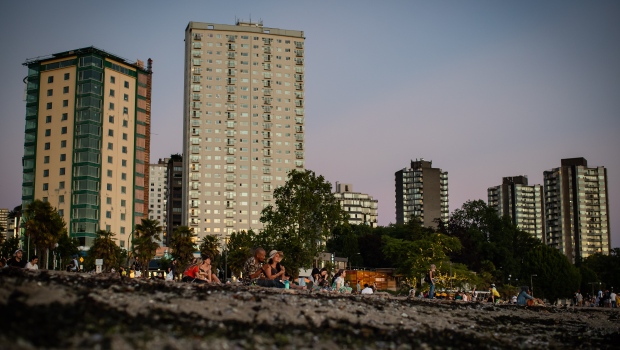 An extreme heat wave in British Columbia is believed to have contributed to dozens of recent deaths in the province, and experts say a combination of spiking temperatures and other factors are forming ideal scenarios for heat illness to manifest.

Soaring temperatures eased Wednesday in parts of British Columbia, Yukon and Northwest Territories, but were expected to remain in high in eastern British Columbia and the Prairies for several days. Parts of New Brunswick and Nova Scotia were also under heat warnings Wednesday.

Doctors say prolonged high temperatures can become a health hazard when they exceed the core body temperature of 37 C, and can be exacerbated when humidity reaches 75 per cent. Parts of British Columbia have seen those conditions recently, including the village of Lytton, which set a Canadian heat record Tuesday at 49.6 C.

But Dr. Michael Schwandt, a medical health officer with Vancouver Coastal Health, said the danger zone for high temperatures can vary across regions, depending on the typical climate of the area.

People used to high heat in Arizona, for example, can withstand temperatures similar to what British Columbia is experiencing, but extreme heat is more abrupt for those living in usually mild climates. A heat wave in June in certain areas can also be more striking than one in August, after months of acclimatizing to higher temperatures.

“When we see sustained temperatures, for multiple days, far above the normal temperatures that people might not be acclimated to, that’s when the risk really seems to come up,” he said.

According to Environment Canada, Alberta had been under a heat warning for six days Wednesday, with overall Prairie temperatures in the 30s C not expected to fall before the weekend. Meanwhile, temperatures in Lytton, B.C., were forecasted to dip into the mid-30s C on Thursday.

High overnight temperatures that don’t allow a reprieve while the sun is down can make things worse, Schwandt added, saying heatstroke “does accumulate over time.” Social vulnerabilities, including living in an apartment without air conditioning, also impacts who might fall ill to a heat-related condition.

Heat illness can present on a spectrum from mild to severe that includes swelling of the extremities, muscle cramps, heat exhaustion and heatstroke, said Dr. Damjan Gaco, an emergency physician and professor at the University of Saskatchewan.

Gaco said heat exhaustion happens when body temperature is elevated beyond 37 C but less than 40, and usually involves milder symptoms like increased thirst, nausea and dizziness. Heatstroke, the most severe of heat illnesses, occurs when core temperature exceeds 40 C.

“When you get heatstroke it actually starts to impact our basic function, so it can mimic signs of a stroke — slurred speech, seizures, imbalanced or irregular walking,” Gaco said. “It can also affect how we generate energy in the body … and that can cause muscle breakdown and liver or kidney injury.”

As people age, they lose some ability to sweat, which helps eliminate heat from the body, said Ira Jacobs, professor and dean at the University of Toronto’s Faculty of Kinesiology. Older people also lose another heat-regulating mechanism known as blood vessel dilation, whereby blood vessels open up when exposed to heat, bringing warm blood closer to the surface.

While blood vessel dilation helps cool the body, Jacobs said it can be problematic for people who are active outside in high-temperature conditions, where the heart has to work harder to supply blood to muscles.

That leads to an increased heart rate, where someone running at 150 beats per minute in comfortable weather would see that number rise to 170 or 175 in high heat, Jacobs said.

“That actually means the heart is producing more heat as well. So it’s a vicious cycle,” he added.

Schwandt said exercising early in the morning or late at night, when temperatures drop, can be safer, but he advised against any strenuous outdoor activity during an extreme heat warning.

Babies and young children also don’t have the same body-cooling mechanisms as adults, so Schwandt said that age group is at risk. Young children are less likely to realize signs of heat illness in themselves, such as excessive sweating, and need to be watched more closely.

Gordon McBean, a climatologist with Western University, said B.C.’s heat wave feels more excessive because of the presence of a “heat dome” — hot air that isn’t circulating around it. While the heat wave is moving east, temperatures in other provinces aren’t expected to reach the record-highs seen in British Columbia because weather patterns evolve as they shift.

He added, however, that since Canada is warming “roughly twice as fast as the global average,” the next couple months will likely be warmer than summers before.

Heat waves have been responsible for deaths across Canada in the past, including a 2018 spell that caused 66 heat-related deaths in Montreal.

This report by The Canadian Press was first published June 30, 2021.