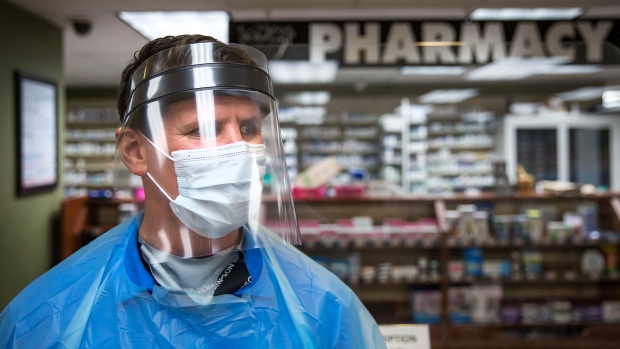 TORONTO — Demand for the flu shot soared this week as the second wave of the coronavirus pandemic intensified across the country.

Following warnings that a “twindemic” of influenza and COVID-19 this fall could overwhelm hospitals, researchers had reported that more Canadians than normal were likely to seek out influenza immunization. The Public Health Agency of Canada said more than 13 million doses were ordered this year, compared to 11.2 million in 2019.

And this week, as the flu shot was finally available, pharmacies felt the pinch. At his two Shoppers Drug Mart locations in the west end of Ottawa, pharmacist and owner Jordan Clark said it’s been an “all hands on deck situation.” Between his two locations, Clark says he and staff have already administered about 1,000 flu shots since Tuesday.

“It’s been a hectic week,” he told CTVNews.ca over the phone on Friday. “In my one store, the demand has been much, much higher than we anticipated. We definitely had to make some adjustments on the fly.”

He added additional pharmacists to give flu shots, with a total of four people administering the vaccines at any given time, he said, and was forced to pull staff from the front of the store to monitor lineups.

Though some Shoppers Drug Mart locations and other pharmacies were out of stock in less than 24 hours, others remain stocked and have continued to be replenished throughout the week. In previous years, pharmacies might need to be restocked once every week or two, but this season has already proven different.

Typically, flu shots are allocated to pharmacies based on “historical trends” and the volume at a specific location from previous years, explained Clark. This year, officials factored in the expectation that demand would spike during the pandemic, but it wasn’t enough for some pharmacies.

“Some stores are just seeing truly unprecedented numbers within the first week,” he said.

Still, Ontario pharmacists have been reassured by the Ministry of Health, which provides the flu shots, that the supply will not run out and is merely “front-loaded” at the moment.

“They’re confident that they’re going to have sufficient vaccine to supply the entire flu season,” said Clark. “But because the demand is so front-loaded, there may be gaps in some days where stores do run out but then are being supplied shortly there after.”

The demand for the flu shot has been anticipated for months. In September, a group of Ontario pediatricians warned of a “potentially devastating collision course” ahead of flu season if the government didn’t develop a mass immunization strategy. Toronto pediatric emergency physician Dr. Dina Kulik told CTVNews.ca last month that this could be drive-thru options like what has been seen at some COVID-19 testing clinics and “outdoor tents set up where kids can go through one at a time.”

Some doctors, including at least one in New Brunswick, are already hosting outdoor flu clinics in parking lots, while others are considering drive-thru clinics. Even without tents and outdoor options, the flu shot process is different in 2020 than in year’s past, not only for increased COVID-19 safety protocols, including mandatory masking indoors, physical distancing and hand sanitizing stations. Many pharmacies are encouraging customers to fill out registration forms online to curb wait times in the store.​