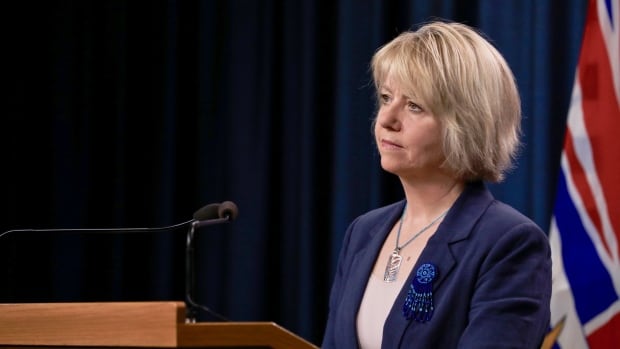 Cases of COVID-19 in B.C. are at a level they haven’t been at for months. They’ve tripled in the last two weeks, as a series of outbreaks at parties and restaurants and hospitals have seen the count go from around 10 a day to around 30.

“We are at a turning point,” said Provincial Health Officer Dr. Bonnie Henry on Monday.

“The number of new cases over the last few days is concerning … there are a few things we need to do to push that curve back down.”

But despite the surge in numbers, there are a number of reasons why the provincial government isn’t breaking the panic glass and grabbing the proverbial fire extinguisher.

Part of the reason, of course, is that stern orders and social media shaming has never been part of Henry’s playbook — not when daily cases were around 60 a day, and not when they were around 10.

However, there are a few other indicators why the curve could be flattened with a few corrections.

To start with, the surge of COVID-19 isn’t equally distributed across British Columbia.

The number of daily positive tests in the Lower Mainland has slowly inched up in the last two weeks, from around 10 a day at the beginning of July to around 15.

But after two months of rarely having a positive test — and a period of time where there were no active cases at all — areas outside the Lower Mainland have experienced an explosion in the number of COVID-19 cases, going from five to 86 over a two-week period.

Much of that increase is due to the type of super-spreader event B.C. had long avoided, where a group of asymptomatic people with COVID-19 went to a number of parties around Kelowna on and around Canada Day.

No, the increase in cases is fuelled by positive cases among people between the ages of 20 and 29. After months where the average for that age group was between two and three cases a day, it’s been steadily rising through June, and has been around 13 a day for the past week.

It’s why Henry spent much of her time on Monday talking directly to “young people,” as she put it, asking them to refrain from risky behaviour — because while the surge is mostly confined to them so far, they can easily spread it to older people who can have worse health outcomes.

“Be my voice on social media,” she said.

“Use your influence to share a message with your friends. Don’t let COVID-19 spoil your summer. We can play safe and stay safe.”

Adjustments need to be made

The fact the increase is focused on a particular area and particular demographic can help the province fine tune their message for 20-somethings and consider additional restrictions on certain businesses — think restaurants and bars — in the weeks ahead.

“[Dr. Henry] needs to use some of the instruments, some of the tools at her disposal to get contact numbers back down, so that transmission numbers get back down,” said Dr. David Fisman, an epidemiologist at the University of Toronto’s Dalla Lana School of Public Health, who said this sort of timeline was predictable from the outset.

Dr. David Fisman speaks with Stephen Quinn about what people should and shouldn’t be concerned about after three days of increase. 9:01

And B.C. is in an enviable position when it comes to making adjustments. The total number of people in critical care is in single digits, it’s been more than a week since the last COVID-related death, and the number of care homes with active outbreaks — once as high as 26 — is down to one.

So is the fact we’re in a fortunate position to do so.

“I don’t think people need to be unduly concerned,” he said.

“[But] folks need to realize this isn’t done, it’s not gone. Going to bars with a large group of your friends is not a way to keep yourself safe or your family safe.”