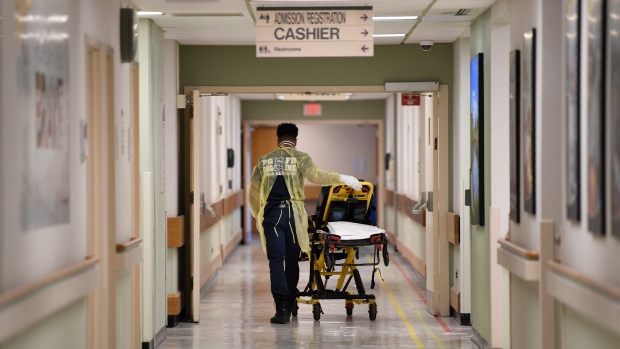 Health-care providers are warning of an unseen toll COVID-19 could take if people die because they are too afraid to go to an emergency room for serious health issues unrelated to the pandemic.

“There’s going to be secondary harm. Make no mistake,” said Dr. Alan Drummond with the Canadian Federation of Emergency Physicians.

“To what extent has this been happening? We don’t know. It will probably only be quantified after the fact. Then we will start to get a sense of the hidden costs of this pandemic.”

There have been major changes in health-care delivery to prepare for an expected surge of people ill with COVID-19. Doctors are connecting with patients virtually, elective surgeries are being cancelled or delayed, and hospitals are reallocating staff.

That has created more capacity to care for infected patients, but Drummond emphasizes it has also ensured that everyday health-care emergencies can still be treated.

A pandemic doesn’t stop heart attacks, strokes, serious falls and seizures, said Drummond, who works in Perth, Ont. Yet many people who would normally visit a doctor to check what could be serious symptoms are choosing not to seek help, he said.

Drummond said doctors are noticing that emergency rooms across the country are quieter and, when people do come in, too often the situation is already dire.

“I lost the battle to save a patient last night because they waited too long to come to the hospital,” Dr. Jeff Shaw, a cardiologist in Calgary, posted on Twitter earlier this week.

“I know there is a lot of fear of hospitals now and concern about being turned away. If you are sick and need help, hospitals are safe and are ready to look after you.”

Drummond said physicians have told him about patients who finally do come to hospital and say they are worried about catching COVID-19. They also voice two other concerns.

“They are scared to death and they are panic-stricken about … coming to the emergency department and placing an unnecessary burden on the emergency health system or … are worried they may be inadvertently transmitting COVID to staff despite the screening efforts.”

Health officials in British Columbia reminded people in a daily briefing this week that it’s safe to go to a hospital, get diagnostic tests and call 911 for urgent medical care. They noted there were about 3,600 emergency room visits on Tuesday, down from more than 6,500 on March 9.

“It is safe to go to the hospital, and there will be people there to help you,” urged B.C. Health Minister Adrian Dix.

Dr. Brent Roussin, Manitoba’s chief public health officer, echoed the concern in one of his briefings. He said colleagues are telling him that patients are feeling apprehensive about getting the help they need and show up at a hospital when the situation is already critical.

“I really want to make it clear to Manitobans that our hospitals, our health-care systems, are safe to utilize,” Roussin said.

Quebec’s health department has also said there is a significant decline in its emergency department traffic.

Hospitals are safe and people should call their physician or 911 if they are concerned something is wrong, Drummond said.

He understands that can be scary when the world around us has changed so drastically because of the pandemic. But the longer someone waits for treatment, the more serious the outcome can be. Too often, he said, the delay can be deadly.

“We don’t want people dying out of a false sense of contribution to the greater societal good.”

This report by The Canadian Press was first published April 18, 2020