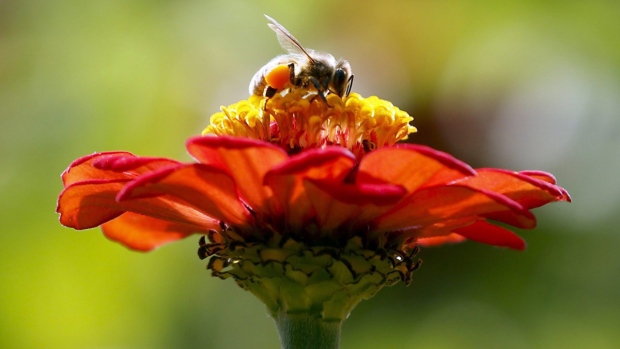 TORONTO — New research out of Australia suggests the venom from honeybees can kill some of the most aggressive breast cancer cells.

The researchers tested the venom — and specifically the active chemical from the venom known as melittin –from 312 honeybees and bumblebees found in Australia, Ireland and England, and showed that the venom from honeybees were found to “shut down” the cancer cells, with a limited impact on healthy cells.

“We found both honeybee venom and melittin significantly, selectively and rapidly reduced the viability of triple-negative breast cancer and HER2-enriched breast cancer cells,” Dr. Ciara Duffy of the Harry Perkins Institute of Medical Research in Australia said in a blog post on the institute’s website.

“The venom was extremely potent.”

The researchers put the bees to sleep using carbon dioxide and then extracted the venom from their stingers. From there, different concentrations of the venom were tested in dishes each containing different types of breast cancer tissue and normal tissue.

Once the optimal treatment was found to work in a dish, it was then tested on mice with the chemotherapy drug docetaxel, where those given the venom showed smaller tumours than the untreated mice.

While the venom from honeybees was found to be effective, the venom from bumblebees did not show any cancer-killing properties, even at the highest concentrations.

Honeybee venom has already been found to prohibit the growth of tumours for othercancers, including melanoma, lung cancer, leukemia, and ovarian cancer, but the researchers note this study is likely the first to look at honeybee venom’s impact on various forms of breast cancer.

Melittin is the active chemical in found honeybee venom known to killcancer cells and is also the chemical that causes pain during bee stings. It can be madesynthetically, with similar positive effects on cancer cells.

“The synthetic product mirrored the majority of the anti-cancer effects of honeybee venom,” Duffy said.

The researchers found the honeybee venom and melittin can greatly reduce the amount of chemical messages the cancer cells send within 20 minutes and can completely destroy the cell membranes within 60 minutes.

“(This study) provides another wonderful example of where compounds in nature can be used to treat human diseases.”

Duffy also examined whether melittin could be combined with certain chemotherapies and cancer treatments, including docetaxel.

“The combination of melittin and docetaxel was extremely efficient in reducing tumour growth in mice,” she said.