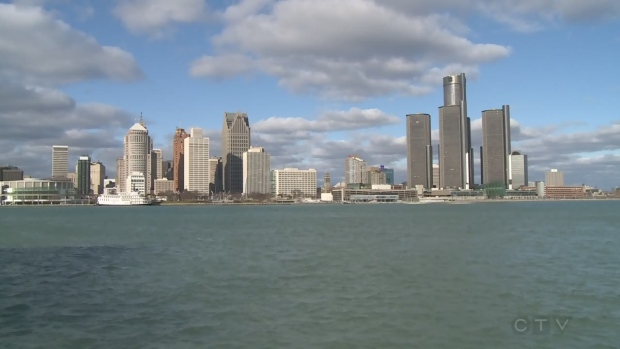 TORONTO — A hospital in the border city of Windsor, Ont., has asked the federal government for special permission to access surplus COVID-19 vaccines in neighbouring Michigan, its CEO said on Tuesday.

The application under an existing program allows Health Canada to approve urgently needed drugs, including those used for fighting communicable diseases, that are not available in Canada.

The region in southwestern Ontario still needs hundreds of thousands of doses — about 200,000 for first dosing, plus another 400,000 to ensure its population is fully vaccinated. At the same time, pharmacies and other vaccination sites across the border are struggling to use their supplies due to a lack of demand.

A spokesman said Windsor Mayor Drew Dilkens gets frequent calls from residents who work in Detroit — some helping run a vaccination operation at the nearby Ford Field stadium– who fret about doses there going to waste.

“At that site, they can do 7,000 doses of the vaccine a day but on a good day, they’re lucky to put 2,500 needles in arms,” Christopher Menard said. “In pharmacies there, they plead with customers to get their shots while they’re at the pharmacy.”

The Pfizer-BioNTech vaccines used in Canada and across the border come from the same manufacturing plant in Kalamazoo. Mich., a little more than two hours from Windsor.

“We’re getting our shipments from the exact same plant that the hospitals in Detroit are getting them at,” Musyj said. “They have thousands of excess. They’ve told us they can handle the Windsor-Essex population without issue.”

Health Canada, which has acknowledged the application under the “special access program,” has yet to respond beyond saying the request was unique and it was under consideration, Musyj said.

The agency did not immediately provide comment on Tuesday. Nor did Michigan health authorities.

Windsor’s mayor has talked about using city transit buses to take people to Ford Field, where they could get a shot without having to step off the bus, and bring them right back.

The obstacle, however, is the 14-day quarantine requirement for people returning to Canada. Ottawa has shown no appetite for an exemption, he said.

Musyj said allowing retrieval of COVID-19 vaccines for use here under the special program would avoid the quarantine issue and leverage an existing system without setting a precedent. Approval should be a no-brainer, he said.

Anyone could drive across the border, pick up doses, and be back within a few hours, he said. The benefit, he added, would extend beyond Windsor-Essex as it would mean higher vaccine availability elsewhere in Ontario and Canada.

“We have pent-up demand,” Musyj said. “Whatever extra vaccines we can get into the country, the better.”

This report by The Canadian Press was first published May 11, 2021.