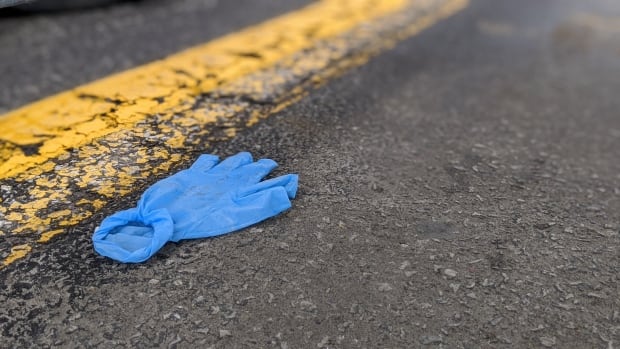 The union representing some front-line hospital workers at HHS is upset after a staff member who was in isolation for weeks with COVID-19, but is now asymptomatic, returned to work despite still having a positive test result.

Medical science says the person is safe to return and the positive test after having COVID-19 is just a sign they had been sick, but the incident reflects some ongoing confusion and concern among some workers in the hospital network — some of whom think the employee should stay at home until they test negative.

HHS, provincial guidelines and an infectious disease expert all say a positive test three weeks after the initial virus does not mean the worker is infectious. Staff and the union president are still concerned.

“They were last tested Thursday, they were still positive, but the employer is telling them to come back to work … that to me is a problem,” Dave Murphy, president of CUPE 7800, told CBC News.

“I don’t agree with that, they shouldn’t be allowed back in the workplace.”

Lillian Badzioch, an HHS spokesperson, said the hospital network is following protocol and based on that, the worker — an environmental aide who helps clean patient rooms — was allowed to work again.

“In accordance with provincial directives issued on May 2, a health-care worker who has tested positive for COVID-19 will no longer be routinely re-tested prior to return to work,” Badzioch told CBC News.

What does public health say?

Guidance from the province supports HHS. Provincial documents related to testing and clearance say a health-care provider could return to work in a self-isolated setting after a minimum of 72 hours without signs of a fever and improvements in respiratory and other symptoms.

“Someone may no longer be contagious after 14 days but they might still have some virus detectable in their cells and that’s why they are testing positive. We have generally moved away from test-based clearance for this reason,” read a statement from Ontario’s Ministry of Health.

Isaac Bogoch, an infectious disease specialist and researcher based at Toronto General Hospital, told CBC News the positive test result three weeks after the initial virus is not a concern.

“A positive test result doesn’t tell you if a person is contagious, it tells you if they had or very recently had COVID-19,” he explained.

Bogoch added that diagnostic tests can stay positive for a long time without being contagious because of genetic material from the virus that is left behind.

‘How would the public feel?’

Dr. Kerry Bownman, who teaches bioethics and global health at the University of Toronto, said the ethical decision is to support the science. While he also supports the decision to have the health-care worker return to their job if the science suggests it is safe, he said one ethical consideration to weigh is public reaction.

“Healthcare institutions are public institutions, we work for the public … how would the public feel about someone who had a positive test return to work … the response might be dubious,” he warned.

On May 11, one day before the employee returned to work, HHS implemented a universal masking policy which forces everyone in the hospital, including visitors and support people, to wear a mask while in the hospital.

HHS has had 39 staff member test positive for COVID-19.