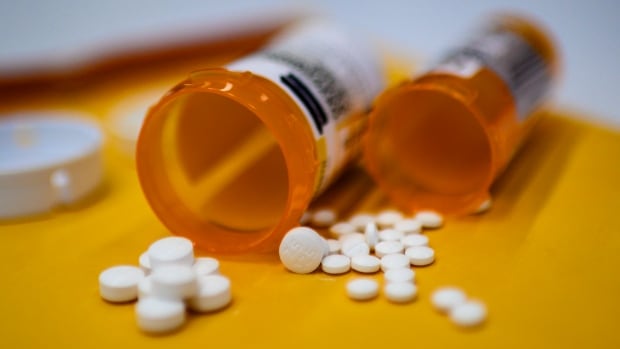 More than 1,300 people have accessed safe, prescription alternatives to illicit drugs since the province announced new guidelines for prescribing them when the COVID-19 pandemic began.

In March, in order to prevent illicit overdose deaths, physicians were given the go-ahead to prescribe drugs like methadone and hydromorphone to patients who met a specific set of criteria, particularly during the COVID-19 pandemic.

Dr. Bonnie Henry said progress had been made in addressing the illicit drug overdose crisis in B.C., which has been an issue since 2016, but whose progress was interrupted when the pandemic hit.

The underlying issue, Dr. Bonnie Henry said, is an increase in drug toxicity, due to an interruption in drug supply chains because of COVID-19.

Dr. Megan Hill, a family physician and addictions expert, has been prescribing safe drugs to users in the Okanagan under the new program.

British Columbians eligible to access the safe supply under the new provincial guidelines include:

When prescribing safe supply options for patients, Hill considers crime reduction, how that prescription will impact an individual’s access to housing and how it will help keep them safe from COVID-19.

“We’re not actually using these medications to intoxicate people and the prescriptions that we’re providing them are not to get high, the prescriptions are to avoid a crippling horrifying withdrawal and to avoid overdose,” Hill said.

One year ago, Henry released a report calling for the decriminalization of the possession of illicit drugs, and during an interview with The Early Edition host Stephen Quinn, she said that call continues.

“Addiction is a health issue,” she said. “Criminalizing people, having a criminal record, going to jail, just attributes to that stigma that leads people into that vicious cycle of not being able to find a road or a path to recovery.”

The stigma associated with drug use is what drives many users to take drugs when they are alone, she said.

“It is the stigma and shame around being labelled a criminal when you’re using drugs that keeps them from reaching out in many cases.”

The COVID-19 pandemic has been all-consuming in recent weeks. But another public health emergency has been well underway in BC, since April of 2016. Since then, more than 5,000 people in the province have died from overdoses. In April of 2020, 117 people died of an overdose, which is about three people a day. 11:09